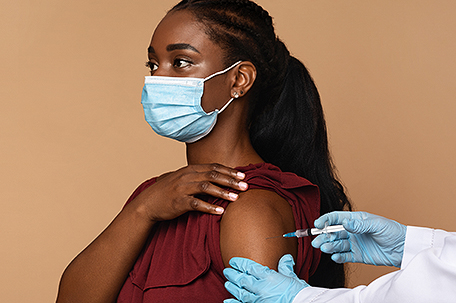 PHILADELPHIA — The City of Philadelphia announced the following updates as it continues to work to implement its workforce vaccine mandate previously announced in November 2021.

While the City issued a vaccination mandate for all employees — those represented by unions and those unrepresented (exempt) — it is important to understand that legally the City must negotiate the impact of this new requirement with its labor union partners: the Fraternal Order of Police (FOP), AFSCME District Council 33 (DC 33), AFSCME District Council 47 (DC 47), and Local 22 (Firefighters) before it officially goes into effect for employees represented by those unions.

“As vaccines continue to be the best way to protect Philadelphians and save lives, we’re proud that over 22,000 City employees have gotten vaccinated and another 1,600 have an approved exemption to the vaccination mandate for City employees—representing 85 percent of all City employees,” said Mayor Jim Kenney. “We also commend those employees who’ve taken the first steps to getting vaccinated—receiving at least one dose of the vaccine by today.”

The first union to agree to the mandate was DC 33 and the City reached an agreement with DC 47 on January 14. One of the conditions in the City’s agreements with DC 33 and DC 47 is that any eventual deal with the other labor unions that includes more favorable terms must automatically be extended to their members—including any change to the City’s initial January 14 deadline (to either get a first dose of vaccine or submit an exemption request).

Due to this and based on pending agreements and discussions with the City’s unions, until a full award from the interest arbitration panel governing the FOP contract is issued, the City is issuing a temporary stay on placing any represented employee on leave.

The City expects the final award by the interest arbitration panel to be announced in the coming weeks. The City will continue to assess the impact of these awards on the agreements with the remaining labor unions.

The by-department percentages of City employees fully vaccinated as of January 19, are available online. The percentages reported online should also be understood as minimums as they have been developed using data on vaccine administrations that took place in Philadelphia.