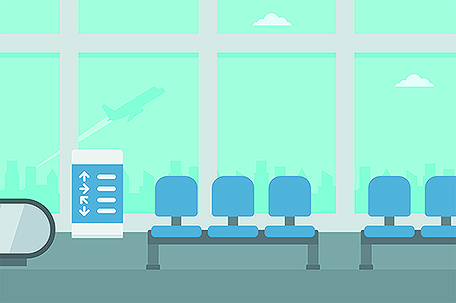 The proposal allows airport food and retail merchants that agree to immediately comply with the 21st Century Wage Ordinance to increase their prices up to 10 percent above ‘street pricing’.

“The Living Wage Ordinance is essential to helping workers to improve their personal and family situation,” said Mayor Jim Kenney. “I ask merchants to take advantage of this more than fair opportunity.”

Since 1995, Philadelphia Marketplace at PHL has operated a ‘street pricing’ policy, offering merchandise, food and beverages at street prices comparable to off-airport locations that operate under the same trade names or operate comparable businesses in Greater Philadelphia.

Currently, 57 merchants have leasing contracts with MarketPlace PHL, LLC., the concession manager of the Airport’s food and retail program.  These merchants operate more than 170 locations throughout the Airport’s seven terminals.

At present, 20 merchants employing 715 workers are already compliant with the 21st Century Living Wage Ordinance, including 489 unionized employees. The additional 37 merchants employing some 1,200 badged full-time and part-time workers are operating under contracts signed in 2014 or earlier, and the ordinance does not apply to these workers until the merchant signs a new contract. Some existing contracts extend through 2022.

“Our concessions play an important role in enhancing the customer experience,” said Airport CEO Chellie Cameron. “We’re glad to offer an option that would benefit both the merchants and employees.”