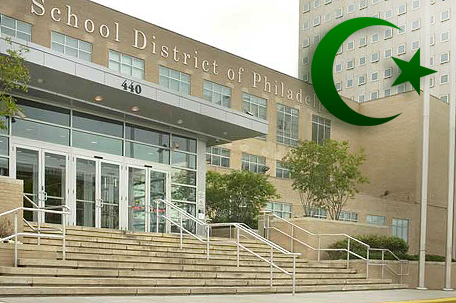 “Since the start of my term as Mayor, I’ve been committed to working to make the city a more diverse and inclusive place for all,” said Mayor Kenney.  “I’m grateful to the stakeholders and leaders that stand with me today to advance inclusion in the many ways that residents practice their faith and religion.”

Earlier this year, Philadelphia City Council voted unanimously to adopt a Resolution calling for the city and the school district to recognize the Eid holidays.   The resolution was introduced by by Councilman Curtis Jones, Jr.  Councilman Jones also led a group of parents and students to the School Reform Commission (SRC), where they advocated the Commission to follow the lead of other New York and other cities in recognizing the Eid holidays.

“William Penn established Philadelphia as a city for religious freedom,” said Councilman Curtis Jones, Jr.  “Today we continue our founder’s creed by the recognition of the EIDs for our Islamic community.”

In order to allow students and staff to celebrate the EIDs during the 2016-2017 calendar year, the Philadelphia School District will inform students, parents and staff about the current excused absences policy for students wishing to participate in the EID celebrations.  For the 2017-2018 school year, and every subsequent year, the PSD will present the EID holiday dates to the SRC for a vote to include within annual holiday calendars.  The PSD will also engage the respective labor unions in order to adhere to contractual obligations and facilitate logistical assistance.

“I’m honored and proud to announce that the School District fully intends to honor the EID celebrations for the many Muslim students and staff that celebrate these holidays,” said Superintendent Hite.

A key leader in the effort to establish the EIDs as official holidays is the Philadelphia EID Coalition, comprised of business, government, political and civic leaders that joined together in 2015 to support the recognition of the two Eids on the official holiday observance calendars of the City and School District of Philadelphia.

“The announcement today is a major victory for fairness and cultural inclusion in Philadelphia,” said Michael Rashid, founder of the Philly EID coalition.  “The announcement also demonstrates the power of alliances.  I applaud Mayor Kenney and Superintendent Hite on working with us to get this done today.”

The Mayor’s Task Force on Cultural Inclusion is a group comprised of various city agencies, including the Departments of Labor, Commerce and Human Resources, as well as the municipal courts system, the District Attorney’s Office, and the School District, among others.  The task force will study and produce recommendations regarding the expansion of religious observance days, the education of city management and employees to the religious sensitivities of their coworkers, how the courts and judicial system can better acknowledge religious days, and ways best disseminate information on religious holidays to the public including local businesses and employers.  The Task Force will be administered under the Mayor’s Office of Diversity and Inclusion.