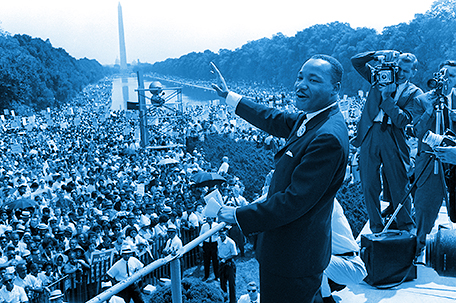 All City of Philadelphia offices will be closed and City services curtailed on Monday, January 15, in recognition of Martin Luther King Jr. Day.

All City District Health Centers are closed on Martin Luther King Jr. Day, as are all branch offices of the Department of Licenses and Inspections; the North and Northeast Municipal Service Centers; the Marriage License Bureau; all Philadelphia Parks & Recreation facilities; the Free Library of Philadelphia and all of its branches and the executive offices of the Philadelphia Parking Authority, as well as its Violations branch, at 9th and Filbert streets.

Additionally, a Code Blue declaration will go into effect again on Saturday, January 13th at 7pm until further notice due to the expected extreme cold weather conditions. City officials are urging the public to call Homeless Outreach at 215-232-1984 at any time during a Code Blue if they see someone who appears to be homeless. Homeless outreach teams are available 24 hours a day, seven days a week.

City of Philadelphia Municipal Offices to Close at 2pm