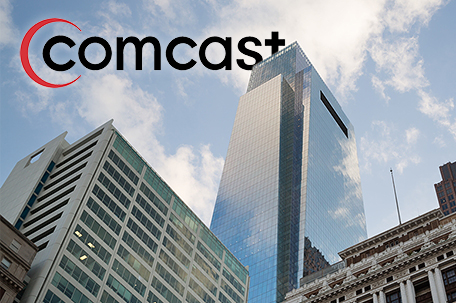 The bill to renew Comcast’s cable agreement was introduced into City Council last week by Councilman Bobby Henon. Although technically the current franchise agreement expired last month, the terms of the previous franchises are still in effect until a new agreement is reached.

It is essential that voices from every community are heard before the agreement is finalized. Now is your chance to make an impact and ensure a deal that doesn’t just benefit Comcast, or the City of Philadelphia, but also the residents of Philadelphia. Please attend, and if possible, testify, at the upcoming hearings for the Comcast franchise renewal. If you or someone you know would like to testify at any of the upcoming public hearings please go to www.bobbyhenon.com/testify.

The first public hearing for the bill is scheduled for Thursday, Nov. 12th from 1-8PM. Panel hearings related to topical issues will be addressed from 1-4PM and guaranteed public comment will be accepted from 5-8PM.

The new bill contains lots of terms in favor of the City and it’s residents, many of which came from recommendations by the Media Mobilizing Project, and CBG Communications. As part of the cable franchise renewal proceedings of the past two years, CBG Communications was contracted to conduct a needs assessment and system technical review of Comcast, as well as the company’s compliance with its then current franchise requirement. In addition to the 5 percent annual franchise fee (which is about $17.5 million, and the maximum allowable franchise fee) the new agreement would include:

Missing from the bill and the side letter is the free broadband access for low-income neighborhoods, which Nutter said he wanted back in April. Additionally, Mayor Nutter’s office released a proposed side letter that contains more terms that the city wants in the final agreement. They include:

While there has been speculation as to whether the finalization of the Comcast agreement would fall in the lap of Mayor elect Jim Kenney, city officials said they hope to have the agreement finalized before the end of the year.

Jeff Alexander, spokesman for Comcast released a statement saying the company looked forward to working with Mayor Nutter’s administration and Council to “finalize an agreement that is satisfactory to the city, Comcast and our customers, and enables us to continue investing and innovating in Philadelphia.”

“This isn’t a final agreement. This is a great start, and I think at the end of the day, Comcast, the city of Philadelphia and City Council are going to have a platinum franchise agreement that is nationally recognized.” Councilman Henon said.

Councilman Curtis Jones said he will be looking for the final agreement to include more internet access for seniors, public-housing residents and public schools.

Comcast is a Fortune 50 company that pays drastically abated property taxes and only 3.4 percent in state income tax in a state where 9.99 percent is the average. In exchange for those allotments, Comcast must reasonably aid in the innovation and advancement of the city of Philadelphia. In Philadelphia public schools, many classrooms do not have computers, and of those that do, the computers are often 10+ year old, poorly refurbished computers, with limited access to computer applications and tech teaching. The economic divide is too large in this city, and our children are the helpless victims. As parents, community leaders and residents, this is your chance to be heard.