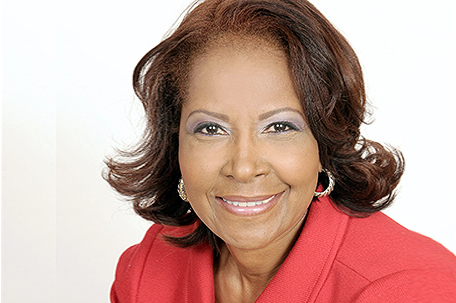 On Thursday, City Council passed a bill introduced by Councilwoman Blondell Reynolds Brown that amends the Home Rule Charter to establish a Commission for Women.

The Commission for Women would create pathways of opportunity for women and girls in Philadelphia, facilitating collaboration and partnership between women, city government and the business community. The Charter change requires approval by the Mayor and subsequently, would appear as a question on the May 19, 2015 municipal primary election ballot. The question would read as follows:

“Shall The Philadelphia Home Rule Charter be amended to provide for the creation of a Commission for Women to be charged with promoting civic, educational and economic policies for women and providing advice and recommendations to the Mayor and City Council on policies and programs that advance equal rights and opportunities for women in the City?”

“This is a historic opportunity to bring women to the table of City government in an official leadership capacity,” said Councilwoman Blondell Reynolds Brown, the only woman elected to an At-Large Council seat since 1999.  “Women continue to earn 77 cents for every dollar earned by men. Despite representing 52.8 percent of the City population, women occupy only 11 percent of corporate board seats in Philadelphia, and women of color represent less than one percent. These numbers have been stagnant for decades, and it is time to pursue more aggressive change. As an official arm of City government, the Commission for Women would provide the foundation for change including building key relationships and helping to create equitable opportunities for women at all levels of the Philadelphia workforce.”

Thirty-one major American cities currently have commissions on women, including New York, Boston, Los Angeles, Phoenix, Denver, Atlanta, Seattle, San Francisco, Alexandria and more. They assist their local governments to create resources and solutions for issues affecting women and children, including but not limited to human trafficking, domestic violence, pay equity, and discrimination. Ultimately, the Philadelphia Commission for Women would work towards enhancing the quality of life for women, their families, and their communities.