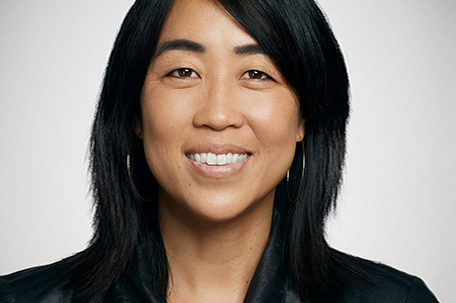 Last week, City Council passed a ban on police use of “less lethal” munitions in response to demonstrations and other activity protected by the first amendment, introduced by Councilmember Helen Gym (D- At Large) and cosponsored by every member of the Public Safety Committee.

The legislation was crafted in response to the experiences of residents in West Philadelphia on May 31, and demonstrators on I-676 on June 1, where police used tear gas, rubber bullets and pepper spray indiscriminately on both peaceful demonstrators and neighborhood bystanders.

The ban passed at a time of demonstrations and unrest after the police shooting of Walter Wallace Jr., and days before an election where demonstrations were expected regardless of the result.

The bill came out of Council hearings earlier in October, where 38 residents of West Philadelphia and demonstrators on I-676 testified about the harm and trauma they suffered, largely inflicted by police using “less lethal” munitions such as tear gas, rubber bullets and pepper spray. They demanded a new model for public safety through a public process that prioritizes the voices and experiences of Philadelphians.

When the legislation came up for a vote in the Public Safety Committee, Philadelphia doctors told the committee of the harm tear gas caused patients. Human and civil rights lawyers expressed their intention to file a complaint with the United Nations, calling for an investigation into Philadelphia police use of tear gas. Residents demanded action to rebuild trust in communities like West Philadelphia, where residents live with the legacy of the 1985 MOVE bombing, and where relationships with police have historically been fractured.

“We chose a public process of listening, of truth telling, of accountability, driven by the voices and experiences of the people we serve,” Gym said. “In banning the police use of less lethal munitions in response to demonstrations, we are answering the calls of our constituents. This is a moment where repairing trust between our residents, public officials, and police is essential. Residential neighborhoods are not warzones. Demonstrators are not enemy combatants. This is a first step in working with our communities to build a new model for public safety that is driven by their needs and their vision for the future.”

“Brutal, militarized policing tactics have reinforced trauma in our Black communities for decades,” Councilmember Jamie Gauthier said. “This legislation is an important step to repair the relationship between police and the communities they serve.”

City Council’s Public Safety committee heard testimony from Lynda Garcia, director of the Policing Campaign at The Leadership Conference, a coalition of more than 220 national organizations working to promote and protect civil and human rights:

“By implementing policies to ensure that all people’s constitutional rights are respected, including the recommendations offered here, we can begin to create a new era of public safety that respects the dignity and humanity of all people,” Garcia said. “Importantly, a new paradigm of public safety should not just change policing policies and practices. Local leaders must engage and work with communities to develop solutions to social and public health challenges and to shrink the footprint of the criminal legal system — including police — in Black and Brown people’s lives.”

“If you are Black in America, we are afraid of what police officers might do to us,” Bedjy Jeanty, a resident of West Philadelphia who spoke with a police officer leading a line of officers confronting protesters, said. “I stood tall to him and put my right fist in the air and my head down and all of a sudden I got hit with a rubber bullet. I began walking towards the officer and got hit with his baton, and I didn’t notice that the armored truck had pulled up next to me while my head was down. I was pepper sprayed and everyone was running for our lives.”

“I am still a Black in America, and I still fear for my children,” Jeanty added.

“I was exposed to copious amounts of tear gas that resulted in uncontrollable vomiting. For days after, I experienced complications such as blurred vision, a swollen and sore abdomen,” Chris Romano, a local small business owner who was cornered by police on the hill beside I-676, said. “At times, the sound of children playing brings back memories of the incessant screaming I heard on the hill that day. The smell of smoke from a nighttime backyard fire has resulted in flashbacks of the tear gas and pepper spray in the air that day.

Joseph Nwadiuko, a physician and health policy researcher at the University of Pennsylvania, cited research that found rubber bullets cause “severe injury” 91 percent of the time that they impact the torso or head. He described the dire health risks of tear gas:

“Patients can sustain substantial skin burns and dangerous blood pressure elevations,” Nwadiuko said. “Tear gas can cause permanent eye damage leading to glaucoma and blindness. Airways can swell shut causing patients to have life-threatening respiratory distress; other patients have been known to sustain liver damage, requiring acute medical attention. Swelling of the lungs themselves is a side effect, known to lead to intensive care admissions. Worse still are the effects if these chemicals reach people that already have comorbidities. If patients already have asthma, as 19 percent of Philadelphians do, they can provoke a dangerous asthma attack.”

“Suddenly I saw an elderly woman stumble onto the street who had been hit in the head by a rubber bullet. Dazed, she said she didn’t understand why she had been shot — she had just come to 52nd street to visit her niece,” Amelia Carter, a resident of West Philadelphia who witnessed “armored police vehicles” drive down 52nd street repeatedly firing tear gas onto the surrounding residential blocks, said. “I watched as a resident who was maimed by a rubber bullet, and others who struggled to breath, emerge from the white smoke starting to gather on Walnut St… When I finally reached my home,  it was full of tear gas, forcing me to go back outside.”

“I never heard or saw the police attempt to communicate with us or warn us before using tear gas or rubber bullets,” Carter added.

“The response from police during these protests pushed a further wedge between police and the citizens they serve,” Monica Allison, a West Philadelphia resident and co-founder of Cobbs Creek Neighbors, said. “And let’s be clear, the job of police is not just law enforcement, but it is also about service to the community. Philadelphia is the cradle of democracy and as such we should be able to uphold the rights of its citizenry as well as enforce the law. It is my hope, and the hope of the residents of West Philadelphia, that police are held accountable for actions that further damage the very fabric of this city, and this legislation is one step in the right direction.”