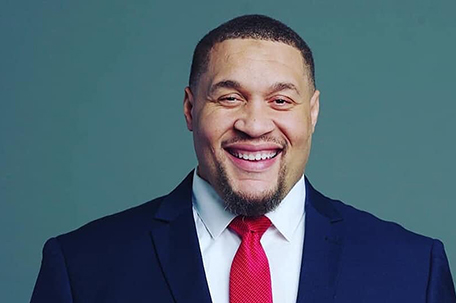 Sabir remains committed to empowering all Philadelphians to participate in the voting process by tackling voter apathy and educating communities about the importance of civic engagement. It is important that Philadelphians have easy access to all the information they need to vote on election day.

This information includes, but is not limited to, key dates and times as well as polling place locations. The creation and launch of this app is in alignment with Sabir’s goals to increase civic participation and to modernize voter outreach strategies. He understands that young voters are an important part of our electorate and is committed to using creative strategies to engage and inform them.

For voters ages 18-34, voter turnout increased by 58% in the 2019 general election as compared to the 2015 general election. In order to create the mobile app, the Office will follow all legal and ethical requirements for the RFP process.

Prior to serving as City Commissioner, Sabir focused his career on advocacy roles in many sectors, including working for the Office of State Senator Vincent Hughes, the Nathaniel Sabir Memorial Scholarship Fund, Citizens for State Representative Louise Williams Bishop, the First Judicial District of Pennsylvania and as a union construction worker.

Through grassroots engagement in barbershops and community centers, he created voter education campaigns to highlight the importance of registering to vote, the impact of elections and the threat of voter suppression. Most notably, Sabir is the architect of the popular Vote Philly Vote campaign for the 2018 midterm elections.