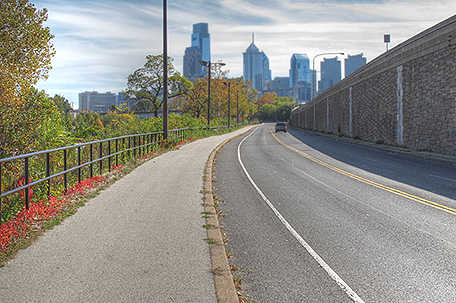 PHILADELPHIA, Pa. – The City has announced that Martin Luther King Drive will be opened to vehicular traffic beginning on Wednesday, August 4 at 5 p.m., based on consultation with City Council and the successful completion of various infrastructure projects including improvements to the recreational trail, paving, and upgrades to lighting.

“We are fortunate that the closure of MLK allowed the City to address requests for recreational space during the height of the pandemic and at the same time facilitated the completion of a number of needed infrastructure projects such as the trail,” said Deputy Managing Director for Transportation, Mike Carroll. “This includes a $1.4 million dollar project to completely reconstruct, rehabilitate and widen the recreational trail, including upgrades to drainage, signage, ADA ramps and line striping, which was proposed before the pandemic and will provide a far safer experience for walkers, joggers and cyclists to continue enjoying the riverbank regardless of traffic on the Drive.”

Based on the pre-pandemic seasonal pattern, the City will continue to close the Drive for weekend recreational use and City holidays from Falls Bridge to Eakins Oval starting on Saturday, August 7 at 6 a.m. through the end of October. The City is also looking at ways to extend these closures beyond this pattern and it is committed to:

• Providing training and orientation of partner agencies to support the extension of the closure through to Spring 2022 and to pilot options which include continuous and holiday closures starting in September.

• Evaluating the longer-term sustainable options which may involve procurement of additional equipment and or services over the next six months.

“We thank the federal and city governments for the improvements along MLK Drive for pedestrians, bikers, and vehicles,” said Councilmember Curtis Jones Jr. (D- 4th Dist.). “The improvements will make it safer for all of the above modes of transportation.”