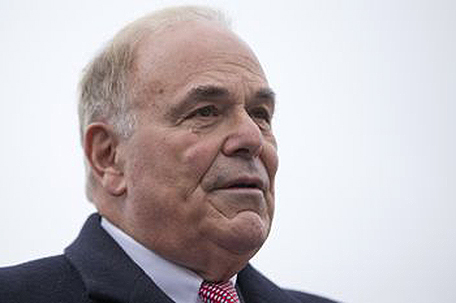 With the City of Philadelphia less than six months away from hosting the Democratic National Convention (DNC), Convention Chair Gov. Ed Rendell and Honorary Co-Chair Mayor Jim Kenney wrote a joint op-ed that was published in Wednesday morning’s Philadelphia Inquirer, outlining different ways for city residents to enjoy and participate in the Convention festivities. The text is as follows:

“This is a great opportunity to show off all Philadelphia has to offer, and the more Philadelphians are excited about it, the more welcoming and fun the event will be for visitors and residents alike.

The convention will open on July 25 at the Wells Fargo Center, and for the next four days, all eyes will be on our city. The event will convene in South Philly until July 28, when the Democratic candidate for president will accept the nomination in front of 50,000 guests, including delegates from all states and U.S. territories, conventioneers from Fortune 500 companies, and 20,000 members of the national and international media. And while luminaries and presidents past, present, and future will be the stars of the event, it is unquestionably Philadelphia’s time to shine – and to have some fun too. 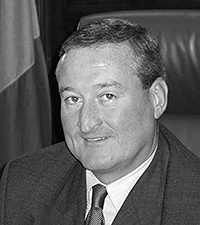 The Host Committee is planning a series of events and activities, such as street festivals, tours around town, and more, throughout the summer for residents and visitors to take part in the convention buzz and festivities. And the very successful PoliticalFest, a popular interactive exhibit about the road to the presidency and the political process, first created in 2000, will be returning for the convention this year.

Another way for Philadelphians from all corners of the city to feel a part of the convention experience is by volunteering. In the next few weeks, we will be rolling out an effort to recruit as many as 10,000 volunteers who will help with a variety of tasks leading up to and during the event. We have already received a tremendous response from the community, with approximately 7,000 individuals registered in our volunteer database to date. We are excited to see that number continue to grow.

Not only will this be a fun event, but it will also be a safe one, thanks to our strong partnership with the Philadelphia Police Department and state and federal law enforcement. We are grateful for the efforts of members of Mayor Michael Nutter’s administration during the bid phase to host the event, as well as their help planning for the preparation of the convention.

Many of us remember the success of the 2000 Republican National Convention. The city continues to reap the benefits of that experience – in tourism, economic development, and beyond. And we’re working hard to make sure it does so again.

We are even going a step further by creating a vendor directory to help convention planners find suppliers and services for their needs locally. As of this week, more than 1,700 businesses and suppliers have registered to be part of the directory, nearly 50 percent of which are based in the Philadelphia region and 31 percent of which are from underrepresented groups. Our goal is to ensure that people and businesses from all sectors of our community – including minorities, women, LGBT, veterans, and the disabled – have a chance to get involved in the convention and related events that will take place during that week.

So start the clock. We’re only 180 days away from receiving worldwide attention, and we can’t do this without you. The convention will be the biggest party in town, and we need Philadelphians from across the city to help us host it.”