City announces decision not to renew PARS agreement with ICE 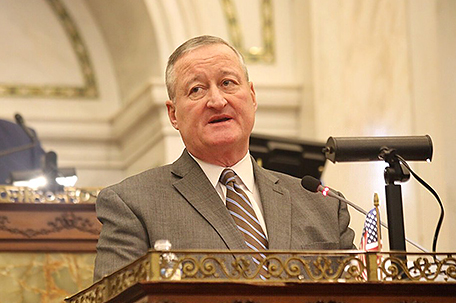 “For some time now we have been concerned that ICE uses PARS in inappropriate ways, including to conduct investigations that result in immigration enforcement against law-abiding Philadelphia residents,” said Mayor Kenney. “My Administration engaged in dialogue with ICE in recent weeks about its use of PARS data, and rather than allay these concerns, ICE officials in fact confirmed many of them. Such practices sow fear and distrust in Philadelphia’s great immigrant community, and make it more difficult for our Police Department to solve crimes. I cannot in good conscience allow the agreement to continue.”

“While the PARS Contract allows termination or non-renewal for any reason, the City arrived at this decision after a deliberative process that involved community meetings, a constructive written and verbal dialogue with ICE’s leadership, and a thorough review of factual information,” said City Solicitor Marcel Pratt.  “As a result of this process, we have concluded that ICE’s use of PARS can result in arrests of otherwise law-abiding residents for civil immigration violations when the agency executes an operation due to information found in PARS. This practice is antithetical to Philadelphia’s policies as a Welcoming City, and the Mayor rightfully decided that renewal was not in the best interest of the City and its residents.”

The decision not to renew the PARS agreement with ICE — which expires August 31st — was based on a number of considerations, including:

“Over the past year, the City has listened to community members and advocates about their concerns on ICE’s use of PARS” said Miriam Enriquez, director of the City’s Office of Immigrant Affairs. “The termination of the PARS contract is the right decision. It’s a decision that will once again reinforce to our immigrant communities that the City is not an extension of ICE.  Witnesses and victims of crime in our City will know they need not fear adverse immigration consequences when they report crimes or use services offered by the City.”

In his letter notifying ICE of the decision, Solicitor Pratt noted that the decision has no impact on Philadelphia’s partnerships with federal criminal law enforcement agencies, including but not limited to the United States Attorney’s Office; Federal Bureau of Investigation; Drug Enforcement Administration; Bureau of Alcohol, Tobacco, Firearms and Explosives; and other criminal law enforcement agencies or operations within the United States Department of Homeland Security.

To help residents understand their rights and protections, the City of Philadelphia has created several action guides on federal policies.  The action guides include facts, ways to help, and other resources go to: