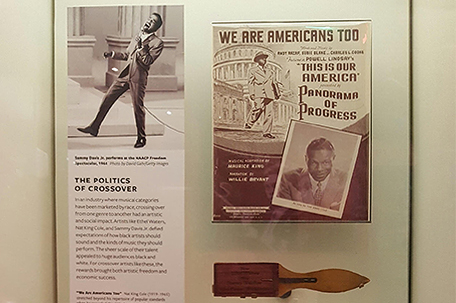 ABOVE PHOTO:  Courtesy of Beverly Richards

Beverly Richards from Mt. Airy and her late husband Larry amassed a collection of African American art and history over the years that could fill a small museum. Now people from around the world will have the opportunity to view this collection.

It started in January 2009, when Beverly made a phone call to the Smithsonian that changed everything.

Her late husband, Larry, an avid collector of race films and historical items, had passed away a few months prior in November 2008.  Beverly knew that her husband’s collection contained items that should be treasured in American history indefinitely.

During that time, the Smithsonian’s highly anticipated African American History and Culture Museum was merely a concept. 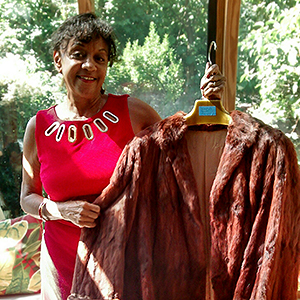 Some of those items in Richards’s collection included Josephine Baker’s red mink coat (which Beverly still has in her possession), Sammy Davis Jr.’s tap shoes, Black movie posters and photographs of Black entertainers from the early 1920’s through 1950’s.

“In January [2009], I called the museum. They didn’t even have a building at the time or a location. They had the concept. I told them it would behoove them to come to Philadelphia to take a look at the collection.”

“They did and they came back several more times,” said Richards of the Smithsonian who eventually ended up spending 10 months in her home looking over her collection.

The rest is history.

Beverly’s phone call ultimately resulted in 1,000 artifacts from her late husband’s collection being acquired by the museum.

Initially, 16 pieces from Beverly’s and her late husband’s collection were included in Smithsonian’s 3-year traveling exhibit “Ain’t Nothing Like the Real Thing” which displayed Apollo Theater’s history using rare artifacts such as the tap shoes of Sammy Davis Jr.

After the traveling Apollo Theater exhibit concluded, Smithsonian’s appraiser came to Richards’s house daily, going through artifacts, photographing and researching all of the pieces in her home.

“After that, the museum decided to acquire 1000 of those pieces,” said Beverly.

The exhibit at the museum is called “A Cinema Apart.”  It is named after Beverly and Larry’s website acinemaapart.com which sells Black film memorabilia from 1920-1959. 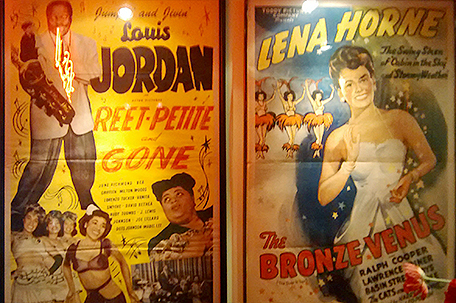 “They will see things a lot of things that are representative of early Black film,” said Beverly.

They’ll also see Sammy Davis Jr.’s original tap dance shoes from when he was a small child that were highlighted on a recent CBS News Sunday Morning interview with producer Quincy Jones and the museum’s director Lonnie Bunch.

“Any items that we have contributed will say ‘From the collection of Larry and Beverly Richards A Cinema Apart.”