Christian Street Baptist Church – A ministry caught in the middle 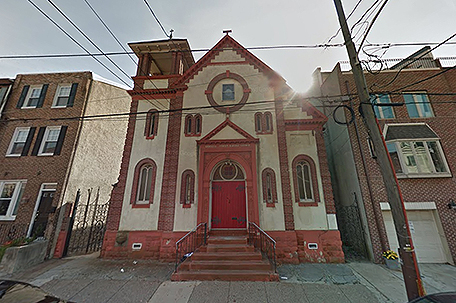 Church leaders, congregants and stakeholders faced historic building preservationists as both groups weighed in on the fate of the 126-year old building it has called home for nearly 75 years. Only one final decision could be rendered.

The neighborhood was gentrifying around Christian Street Baptist Church for many years. It was gradual, but steady. Two groups in particular – African-American and Italian immigrants, who traditionally have maintained strong ties to their churches and communities — had called it home at different times over the years.

However, the latest group attracted to the desirable Bella Vista neighborhood (Italian for “beautiful view”), which is close to Center City and Philadelphia’s main thoroughfares — were not easily identified by ethnicity, race or tradition.

They were developers, investors and speculators, flush with cash and big ideas about how they could best maximize their profit – a mission of a different sort— and the buyers they attracted.

For the members of Christian Street Baptist Church — most of who were eventually gentrified out of the neighborhood — parking became an issue. Oblivious new residents took up most of the spaces around the perimeter of the church, forcing the few remaining members, most who were over the age of 50, to park several blocks away and walk on Sundays, as well as for other church events. 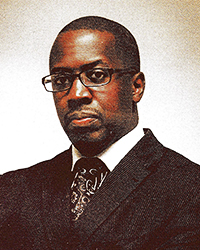 Yet, amid all of this change, the stalwart congregation — taking the church’s motto to “exalt, edify and empower” to heart — remained. And as they always had, the church continued to extend an open invitation to their neighbors, old and new.

The community never responded — except for one time, according to Minister Michael Stokely.

One of the neighbors accepted the invitation to the annual cookout. She approached a congregation member with a question – one that was possibly asked in sincerity, but was nevertheless very hurtful and short-sighted, especially since the mission-focused church had continued to extend an “open door policy” to a community in which most of its members no longer lived.

“Why are you all still here?” the woman asked.

In addition to the lack of support from the surrounding community, issues such as mold – a known contributor to health problems — other structural issues and expenses mounted. The A difficult but necessary decision had to be made.

Pastor Clayton Hicks determined that their ministry would best be continued by investing their time and resources into a different location. In order to make this happen, they would reluctantly have to sell the property.

They needed the new church to be closer to the remaining congregation and a new generation of members — many with young children — who had recently become involved in the church’s ministry at their temporary home at Enon Tabernacle West in Germantown.

The church received a highest and best use appraisal on the property to help them determine their next steps. They knew that they needed a top dollar investor who was willing to pay a competitive “as is” price for the structure, in spite of its numerous problems. 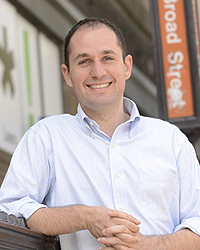 However, after the church had already signed an Agreement of Sale for 1.5 million dollars with developer Ori Feibush — fair and competitive compensation for the rapidly gentrifying neighborhood — historic preservationist Oscar Beisert nominated the building to be added to the City’s Public Register of Historic Places by the Philadelphia Historical Commission, who handles such matters.

Beisert cited his concern about the number of structures — many of them churches built in the 18th and 19th century with a strong architectural provenance — that are being demolished via the current wave of development throughout the city as one of the reasons for submitting the nomination. Other groups, organizations, and stakeholders — including Bella Vista Neighbors Association, the Preservation Alliance of Greater Philadelphia — concurred with his assessment.

A Tale of Two Missions

According to historic documents, the P.E. Church of L’Emmanuello property is one of the oldest, if not the oldest, purpose-built mission churches for Italian immigrants in Philadelphia, setting the stage for what became a larger charitable, cultural, and evangelical movement in Philadelphia.

On February 16, 1929, L’Emmanuello closed the Christian Street property due to changes in immigration laws and The Great Depression.

New Rising Sun Baptist Church was founded in South Philadelphia during the early 1940s by the late Rev. Edward Simmons, his wife, and a small but vibrant congregation. The church’s first two homes were on Bainbridge Street, which they soon outgrew.

In March, 1944, the opportunity to purchase the former the P.E. Church of L’Emmanuello presented itself to the congregation. After his death in 1954, Rev. Simmons was succeeded by Rev. Charles H. Bolger, under whose leadership the church was able to retire its debts and burn the mortgage in 1961.

The City’s Public Register of Historic Places designation is separate from that of the National Register.

The local designation compels the owners and any person who purchases the property in future to adhere to strict guidelines concerning the preservation of the exterior, unless the interior has also been nominated and other pertinent historic features.

There are ten distinct criteria used to determine whether a property should be added to the city’s register. Two were cited in the Christian Street Baptist Church property nomination application:

(a) Has significant character, interest or value as part of the development, heritage or cultural characteristics of the City, Commonwealth or Nation or is associated with the life of a person significant in the past

The historic property register designation restricts demolition of the nominated property until the matter is settled. Older structures often require extensive refurbishing and specialized maintenance which can be cost prohibitive. It can also affect the asking price from the seller, as the purchaser needs to factor these costs into the total investment.

All permits, and L&I review and construction plans are subject to review by the Historical Commission from when a property has been nominated. When a nomination is voted on, it is about these criteria. However, the commission maintains complete and ultimate discretion concerning the final decision.

A ministry vs. a building

In October, the process of determining whether the Christian Street Baptist Church property nomination should go forward for consideration was discussed at the monthly meeting of the Philadelphia Historical Commission.

At the meeting, several members of the congregation — including Pastor Hicks and Minister Stokely — as well as their realtor, Jeffrey Hill, gave testimony about what they felt was an undermining of their intentions for the property, particularly the failure to contact Christian Street Baptist Church about the property nomination beforehand to get their input.

Hill speculated that when the New Life Baptist obtained the then-derelict building in 1943, no one told the church founders that they would not have full rights of disposition if and when they wanted to sell it. If so, the might have opted to lease rather than purchase it at the time, he said.

The congregation had already spent thousands of dollars over many years doing their best trying to maintain the property, which was in poor condition when they purchased it from the original owners.

The irony that a property which was now being embraced for its intrinsic value to the Italian immigrant community in 2017 could not even qualify for the National Register in 1943 was not lost on Archbishop Anthony Floyd, church historian, griot and former interim pastor.

Floyd spoke about the historic racial tensions in the neighborhood and the state of the property when they moved in. In spite of an ongoing world war where resources and labor were scarce, the congregation invested thousands of dollars and did many of the repairs themselves. This was a huge fete for any African-American community at the time.

Pastor Hicks passionately evoked the theme of mission as he weighed in on the matter. He pointed out that the P.E. Church of L’Emmanuello was built for ministry, and that the current congregation continued that ministry.

When conditions and the neighborhood changed, the original congregation was able to sell the property and carry out their mission elsewhere in the city. It was now Christian Street Baptist Church’s turn to do the same, he said.

In defense of his nomination, Beisert maintained that all history is important to him, and that he wanted to ensure that 100 years from now, that the mission of both congregations — the original and the current — would be honored and preserved by the historic building designation.

Other members of the church weighed in, stating that it seemed that the building was being given more consideration that the people inside of it who invested time, money and love for nearly 75 years. History was not mere bricks and mortar; the history of Christian Street Baptist Church was also about people and self-determination, they said.

At the end of the meeting, the process was continued in lieu of all concerned parties getting together to discuss options going forward. All parties left the meeting concerned, yet cautiously optimistic.

It was not to be. There was no clear-cut middle ground left to explore for either side.

After several emotionally charged hearings, the church lost its battle to determine the fate of the 127- year old building that they owned, occupied and invested in since 1943.

The nomination went forward when the commission reconvened on Friday, November 10 after a close vote of 5-4. The following Monday, Feibush — who initially entered into the previous agreement of sale hoping to replace the existing property with five new townhouses — walked away from the deal.

Christian Street Baptist Church will have to begin the process of finding a buyer all over again, as well as a temporary sanctuary to continue their ministry until the building is sold.

The survival of the 74-year-old ministry is in jeopardy. The future is uncertain.

The small yet determined congregation was shaken, but not crushed. They are weighing all of their options, including appealing the decision.

“Today we lost our bid to NOT be designated by the Philadelphia Historical Society. This is a setback, and initially this is painful. And yet, in spite of this reality, our faith remains unshaken. And we will continue to exalt and lift up the name of Jesus, edify and build up his people, and empower others to walk in their God-given purpose. Continue to pray for this body of believers. God bless you all, we love you!”

A conversation with Rev. James S. Hall Pastor of Triumph Baptist Church and a celebration of 60 years of ministry and service