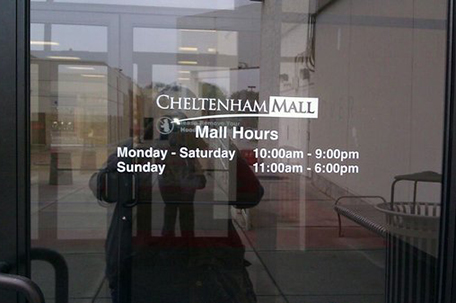 Cheltenham Square Mall, having been foreclosed upon, has come up for sale.

The 639,000-square-foot mall at 2385 Cheltenham Ave. in Cheltenham, Pa., last sold in 2005 for $71.5 million. At the time, New York-based Thor Equities bought the center from Simon Property Group with the assumption of a $54.9 million CMBS loan that was backed by a 423,000-square-foot portion of the property.

In 2012, Thor sought to renegotiate the terms of that loan, which was made through Bank of America. Unable to do so, the loan was shipped to the special servicer in June of 2012. It was “struggling with past due rents and a heavy tax burden,” according to data from Trepp Inc., a research firm that tracks CMBS loans.

A receiver was later appointed by the U.S. District Court for the Eastern District of Pennsylvania to explore the sale of the property. Of the original loan, $51 million remains outstanding on it. Torchlight Investors is the special servicer.

The mall sits on 65 acres and is 90 percent occupied with anchors such as Target, Home Depot, ShopRite and other retailers such as TD Bank, Chili’s and Chick-Fil-A. It is expected to get a lot of investor attention.

“This property is very highly contested,” said Peter Stevens, an investment broker with CBRE Inc., who has been retained to market the property for sale. It’s well known and the demographics are “fabulous,” he said.

A population of 575,000 resides within a five-mile radius of the regional mall.

Cheltenham Square was constructed in 1957 and then enclosed 1981. Stevens believes that whomever buys the property will consider redeveloping and renovating a portion of it but retaining it as a retail center.

“We think the highest and best use here is retail,” Stevens said. “This is not a scenario where this is the third mall in a two mall town.”