Chapter 9 bankruptcy by Detroit, coming to a city near you? 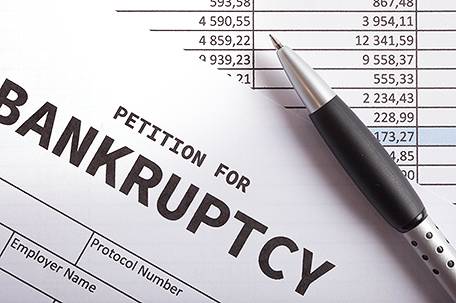 On July 18, 2013, Detroit, once the embodiment of America, filed for Chapter 9 bankruptcy. With steady declines in population, property values and revenue, Detroit became the largest municipality to file Chapter 9 bankruptcy, with an estimated $18 billion in debt and long-term liabilities. Although Detroit’s woes are nothing new, the city increased borrowing since 2000 doubling its debt to $8 billion.

What is Chapter 9 bankruptcy? Essentially, it’s a process where the federal government provides financially distressed municipalities protection from its creditors to develop a plan to satisfy its debts. In its final plan, the court may slash some debts by lowering the interest rate, refinancing with new loans, and/or extending the debt maturities. Essentially, the bankruptcy judge provides the municipality with realistic payments to its creditors based upon the City’s revenue. Chapter 9 is an unique bankruptcy option solely for municipalities because unlike other entities a city’s assets may not be sold to fund the outstanding debt.

Let’s look at two key areas contributing to Detroit’s financial woes to discuss how our city of “Brotherly Love” may not be as far off as we believe.

Depleting population – Cities generate a significant portion of their income from taxes. These taxes are generally on the income, property, and spending by its citizens! Detroit has lost over 700,000 people since 1950. A city once with a population in excess of 1.5 million is now stretching to reach 700,000. Significant reasons for the dismal flight numbers are due to lack of job opportunities, poor quality of living, education etc. Detroit has lost 48 percent of all manufacturing jobs from 2000-2010.

Philadelphia is not far behind the “Motor City.” Losing 600,000 people since 1950 and 70,000 in the 90’s were tell tale signs of heading in the wrong direction. Additionally, the city has lost close to 25 percent of its jobs since 1970. This is in quite contrast to increases in jobs by D.C. 25 percent, Boston 18 percent and even New York close to 15 percent over the same period.

When a city loses its constituents, this lowers their tax base. In order to compensate for the lost revenue, they have to raise taxes for the remaining citizens. However, when you raise taxes you lose even more constituents. This is the cyclical issue with population losses correlating to revenue generated by a city. A second issue causing such dismal statistics is the lack of business friendly legislation. With the Philadelphia region having nine Fortune 500 companies, 2/3rd of those firms are within 10 miles from Philadelphia’s city limits. Is it possible these firms are weary of the dreaded Business Privilege Tax. A tax which not only taxes firms on their net profits but also on total receipts. Not to mention our city wage tax, which is at the top of the list in the coutry for highest wage taxes.

Dealing with employee benefits – Significant perks to working for government agencies are the employee benefits. Government municipalities offer pensions and higher healthcare plans while private employers shied away from higher costing pension plans and expensive healthcare plans. Just think about this, in 2013, Detroit paid more money on pensions than they paid actual workers! This means Detroit is spending more money for employees no longer providing any services to the city.

Philly’s pension woes are not that far off, with an estimated $5 billion gap in funding for outstanding pension liabilities. This means that for the fixed expected payouts for retirees, the city currently is short at least $5 billion.

Many people (including myself) were outraged the city failed to assist the School District with a larger contribution to its financial shortfall, however, to be frank, “They don’t got it!” Along with the current DROP program (estimated to cost the city between $9 million and $22 million per year), the city is strapped with payments into its Pension fund comprising about 18 percent of its budget.

These financial woes can be blamed on our current administration or we can look at it as a societal issue plaguing our city. For example, are the unions (AFSCME, Labor Unions, PFT, etc) willing to take lower amount of pension payments from the City or contribute higher amounts to their own retirement? Are individual workers willing to place their retirement future on a similar platform as more than 80 percent of individuals working in the private industry, as their retirement accounts are investment based and not guaranteed? Can our Mayor negotiate a good deal in selling PGW, which is currently the largest municipality gas utility in the country?

One thing that’s for sure, the Mayor is trying! In April there was a two day private meeting held for potential investors in an attempt to bolster Philadelphia’s credit ability. Considering Philadelphia’s credit rating is the worst among the five most populous cities and rated three steps above junk! The first day was spent in secret highlighting the City’s financial stability. The second day involved a tour of the City’s infrastructure, including prized asset of PGW. With over $8 billion in outstanding debt, and less than 50 cents to covery every $1 in expected pension payouts, the City may need to increase its capital either through borrowing or a bond offering.

What Philadelphia needs to do to avoid reaching the Detroit level, is to improve its current infrastructure, increase its population and continue generating revenue. The most recent census showed an increase in population halting decades of what is commonly referred to as “Philly Flight.” This is a step in the right direction. Another positive step is the cities current proposed Land Bank of vacant property. With more than 9,000 properties owned by various city agencies, this can be additional income towards our current financial woes. Lastly, a sale of PGW may generate up to $500 million to the city, and if negotiated properly may permit the current workforce to remain in tact.

All in all there are numerous financial issues to be faced by our next incoming Mayor (whoever that will be, considering all the names alleged to be potential candidates). What’s for sure is the next administration may be the difference between this City becoming a major player again or steering us into the new Detroit. Beware of short term fixes as, many thought during Detroit Mayor Kwame Kilpatrick’s term, the city was prospering as he significant amount of the outstanding pension debt. However, revisionary history shows these actions increased Detroit’s debt by more than $300 million and was only a band aid to a gushing wound.

Our next administration must tread lightly on increasing its debt to fund its pension liabilities, while running our city with necessary services. What we don’t want is another patch work fix while debts continue to exceed beyond control and before we know it our city has a crisis manager holding a press conference to announce the new largest municipal bankruptcy in the nation’s history.

City of Philadelphia to collect delinquent taxes from pensioners