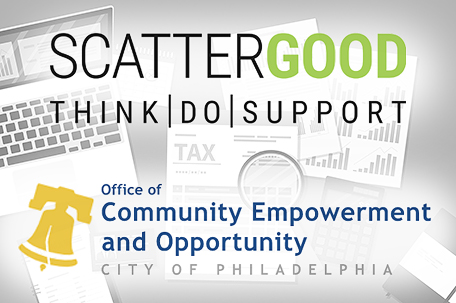 The Office of Community Empowerment and Opportunity (CEO) and Thomas Scattergood Behavioral Health Foundation (Scattergood) has announced the award of grants to 22 community-based organizations to conduct grassroots outreach as part of the Claim Your Money PHL campaign to educate Philadelphians about the Child Tax Credit (CTC) and Earned Income Tax Credit (EITC).

The CTC and EITC help to reduce poverty, particularly among children. In 2021, thanks largely to an expanded CTC and stimulus payments, child poverty decreased nationally by 46%, according to the Supplemental Poverty Measure.

“Community-based organizations play a crucial role as credible messengers and connectors and were a major part of our efforts last year to maximize the number of Philadelphians claiming these credits,” said Mitchell Little, executive director of CEO. “While we are disappointed that Congress has not extended the more generous version of the CTC, educating residents about these benefits and connecting them to free tax preparation will lead to even more low-income families receiving these funds.”

“Based on last year’s program, we know these tax credits help to improve the economic stability of Philadelphia families, ultimately reducing the stress and anxiety they feel,” said Joe Pyle, MA, president of Scattergood. “We are grateful to continue to play a role in this program with the City and are excited for the 22 community-based organizations to get started on this important work.”

Individuals can start filing their 2022 federal income tax returns on January 23. Grant recipients will conduct a variety of activities to educate residents about the credits, connect them to free tax preparation services, and/or help them access any available non-filer portals to claim the credits. Grants range from $5,000 to $12,000. A full list of recipients can be found below.

“Southwest CDC is excited to be part of the Claim Your Money PHL campaign,” said Donna Henry, executive director of Southwest Community Development Corporation, one of the recipients. “We think it is so important to educate Southwest Philadelphia residents on the federal Child Tax Credit and Earned Income Tax Credit so they reap the benefits for their families.”

“For more than a decade, Ardella’s House has been dedicated to helping justice-involved women realize new possibilities for themselves and their families,” said Tonie Willis, founder and executive director of Ardella’s House, another of the recipients. “We are excited to spread the word about the Claim Your Money PHL campaign because it gives women the money they need to achieve greater stability and plan for a brighter future.”

“We thank the Selection Committee and the 68 organizations that applied,” Little added. “We also encourage Congress to adopt legislation to make the expanded CTC and EITC permanent. It is alarming that our elected officials would send millions of families back into poverty because they failed to act.”

African and Middle Eastern Center for Health and Development (AMEC)