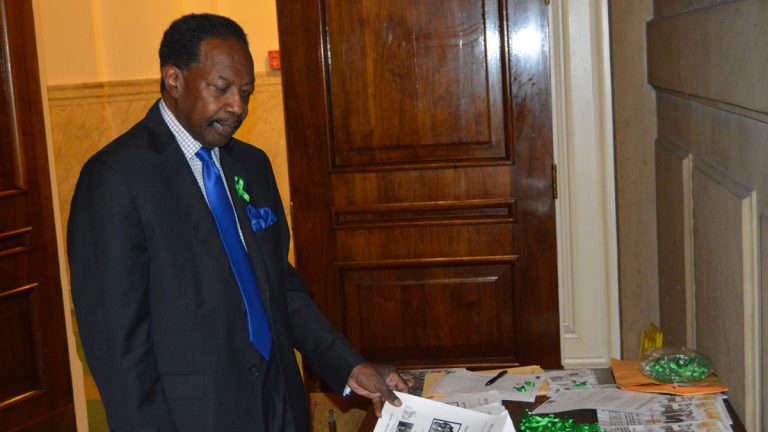 The House of Umoja, Inc., (www.houseofumoja.net) has disclosed plans for the celebration of and reflection on the life and legacy of its patriarch, Mr. David Fattah, Sr.   Key stakeholders, staff members of the House of Umoja, Inc., and the general public will gather with family members of the late Mr. Fattah at a viewing on Thursday, December 13, 2018 from 4:00 P.M. (E.D.T.) through 7:00 P.M. (E.D.T.) at the Meachem Funeral Home, 5526 West Thompson Street in Philadelphia, Pennsylvania.

A Philadelphia native and co-founder of the House of Umoja, Inc., Mr. Fattah earned two Master Degrees in Education, a Secondary Principal’s Certificate and Special Education Certificate, Teaching Certificate for Elementary Education, and a Bachelor of Science Degree in Business Administration from Temple University which included including 1.5 years in Corporate Law..  He received a Master’s Degree in Education and Administration from Cheyney State University and was a 2018 Ph.D. candidate at North Central University.

In his role as the Patriarch of the House of Umoja, Inc. and its Director of Community Outreach for 50 years, Mr. Fattah worked under contract with the Philadelphia School Distric’s Office of Climate and Safety and served as Team Leader for the House of Umoja, Inc’s Safety Support twenty-member team. He developed programs and provided crisis intervention along with strategic activities to improve and maintain the appropriate school climate in fifteen schools. Fattah also facilitated the education and nurturing of over approximately 3,000 adolescent males who resided at the House of Umoja, Inc. — moving them from high-risk behavior to productive citizenship.

Fattah interacted with a diverse group of personalities which ranged from Ms. Oprah Winfrey that culminated in an appearance on her 1985 original non-syndicated television show; the late Pennsylvania Senator The Honorable John Heinz; the late Mr. Milton Stover  Eisenhower who served as President   of Penn State University, Kansas State University, and John Hopkins University and the younger brother of the late United States Army General and 34th President of the United States The Honorable Dwight D. Eisenhower; Sister Isolina Ferré Aguayo from Puerto Rico, a recipient of the United States Presidential Medal of Freedom; and the late Mrs. Coretta Scott King, widow of Nobel Peace Prize Laureate and American Civil Rights Leader Dr. Martin Luther King, Jr.  Mrs. King served as the Honorary Chair for the House of Umoja, Inc.’s Youth Employment Program.   A retired educator, Mr. Fattah held various teaching positions within the School District of Philadelphia which included, but were not limited to, aiding special education; serving as a Coordinator for Saturday Community School for a two-year period; and Building Representative for four years with the Philadelphia Federation of Teachers(“PFT”).   His expertise also extended to the world of publishing – despite a very developing schedule, he also produced a newspaper.

In 2007, the House of Umoja, Inc. was selected to organize and lead the National Million Father March by its creator, Mr. Phillip Jackson, Founder and Executive Director of the Black Star Project (www.blackstarproject.org) headquartered in Chicago, Illinois.  Serving as the City of Philadelphia’s Coordinator for the National Million Father March under the umbrella of the House of Umoja, Inc., Mr. Fattah moved Fathers in Philadelphia to join Fathers in at least 600 cities throughout the United States in escorting their child on the first day of each academic year; meeting their child’s teachers and the principal of their child’s school; obtaining a copy of their child’s roster and the academic calendar for their child’s school; and playing a proactive role in their child’s education by checking homework, encouraging their child to improve his or her literacy skills, and meeting and communicating with their child’s teachers throughout the academic year.   Mr. Fattah is the author of the Imani Peace Pact which leaders of Philadelphia gangs signed on 1 January 1974 and brought to an end years of deadly gang violence that played out on Philadelphia’s streets and in its schoolyards.  The body of written work generated by Mr. Fattah which serves as one of the components of his legacy includes a study entitled, “Social Unrest Among Black Youth”.  Additionally, he is a Contributing Author to African American Perspectives on Crime Causation, Criminal Justice Administration and Crime Prevention, a book published in 1994 (www.amazon.com).

Established in 1968, the House of Umoja, Inc., is an internationally acclaimed organization which has designed and implemented Global Models for eradicating violence, fostering community development, creating economic sustainability, and addressing many of the key challenges which prevent boys and adolescent males from reaching their full potential and maturing into productive and successful adults. Former United States Presidents, the Honorable Jimmy Carter and the late Honorable Ronald Reagan have recognized the House of Umoja, Inc. for its pioneering work which has been documented in published articles such as A Summons To Life, by Robert Woodson of the American Enterprise Institute in 1981 and The Violent Juvenile Offender by Paul DeMuro and Richard Allison of the National Council On Crime and Delinquency in 1984.