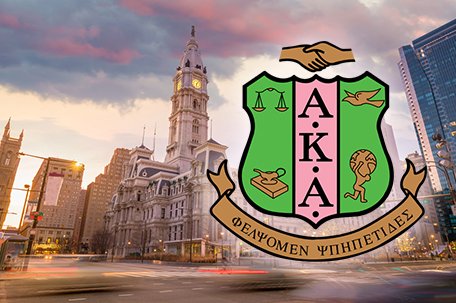 Alpha Kappa Alpha’s “Think HBCU” campaign highlights HBCU’s and their contribution to the sorority and society through education, engagement, and advocacy for students nationwide.  The Philadelphia Metropolitan Area graduate chapters of Alpha Kappa Alpha Sorority, Inc. have collectively donated over $166,028 to fund grants, scholarships and community programs in 2017.  Our illustrious founder, Ethel Hedgeman Lyle, was a charter member of Omega Omega Chapter in Philadelphia.

Alpha Kappa Alpha Sorority, Inc. is the first Greek-lettered sorority established and incorporated by African American women on January15, 1908 at Howard University in Washington, D.C.  Driven by its dedication to service and sisterhood, the sorority has evolved into a global organization with more than 290,000 members with 1000 + chapters nationally and internationally in the United States, Canada, Caribbean, US Virgin Islands, Liberia, South Africa, Germany, Korea, Dubai, and Japan.  Their programs and services are driven by their dedication to service, sisterhood and scholarship and fulfill their timeless motto of “Service to all Mankind.”