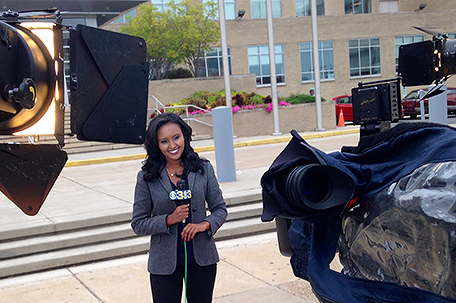 Early this Fall, CBS3 added a local vocalist general assignment to the team.

Rahel Solomon is originally from West Philly and Drexel Hill. She joined the Eyewitness News Team from KCNC-TV, a CBS-owned station in Denver, where she worked for the past two years. 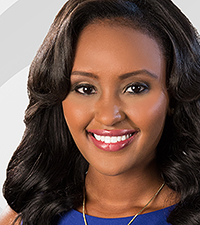 Solomon is credited with her coverage of the trial of 2012 Aurora theater shooter James Eagan Holmes and the massive flooding in Colorado in 2014. She was honored by the Colorado Association of Black Journalists’ as the 2015 Broadcast Journalist of the Year.

“In high school I worked for the school newspaper and the broadcast station. Reporting was my dream, but I didn’t always consider it a possibility. I am thrilled to return to Philadelphia”, Solomon said.

And although Solomon’s been gone for several years now, she’s received a very warm welcome from the City of Brotherly Love. “Everyone has been so welcoming to me.”

You can catch Solomon on CBS 3 Eyewitness News.