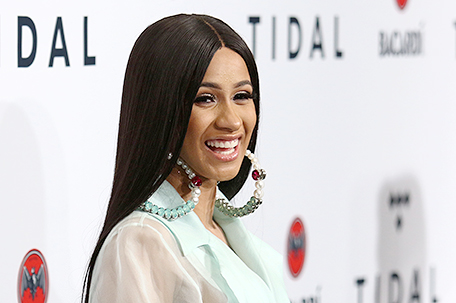 LOS ANGELES (AP) — Cardi B announced she is divorcing husband Offset.  She is no longer feeling the love after little more than a year of marriage to the fellow rapper.  The couple were engage last year in Philadelphia.  Then announced later they had already been married.

She posted a video on Instagram saying that “things just haven’t been working out between us for a long time.” The 26-year-old says “I guess we just grew out of love, but we’re not together anymore.”

Cardi B says “it might take time to get a divorce.”

The couple got married in September 2017 and welcomed a baby girl in July.

Cardi B says she and her baby’s father are really good friends and business partners.

An email seeking comment was sent to her representatives.

Cardi B is scheduled to appear in court Friday over allegations stemming from an altercation at a New York City bar.

Cardi B escorted out of fashion party after lunging at Minaj

Cardi B escorted out of fashion party after lunging at Minaj