Cake by cake, Power Up pushes the power of promotion 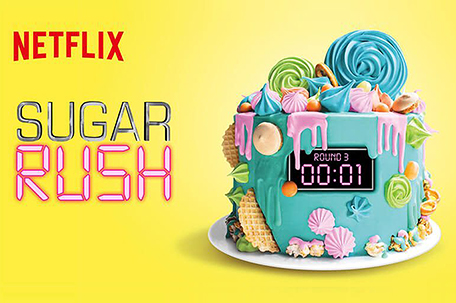 Imagine having your business on a television series that would seen by millions.

Great opportunity, but for business owners the key to having an opportunity is knowing how to take advantage of it, said Low, a recent graduate of the Power Up Your Business small business development program held at Community College of Philadelphia.

“That was hammered into us at Power Up — seizing the opportunity when it’s handed to you,” she said.

Funded by the City of Philadelphia, Power Up, a free program run by the Community College of Philadelphia, teaches business know-how to entrepreneurs. Using a peer-to-peer learning model, business owners, aided by seasoned experts, create tactical plans for growth and hiring. What they learn helps their businesses, their neighborhoods and the city.

“We are excited for Jennifer and the opportunity she has to use the tools and resources from Power Up to promote her business,” said Pearl Wang-Herrera, director of Power Up Your Business at Community College of Philadelphia.

Low credits Power Up “with a real shift in my mentality. I used to be someone who likes to decorate cakes,” she said. “Now I understand that my job is not just to decorate cakes, but to run a cake decoration business.”

Low hired a dishwasher and a store clerk for her bakery so she could focus on running her business and decorating cakes, instead of scrubbing pans and ringing up brownies.

In 2017, Low and Peri Anderson, who owns Brooklyn Girl Bakery in Phoenixville, teamed up to apply to audition for Netflix’s “Sugar Rush.” The two had worked together at the Night Kitchen Bakery in Chestnut Hill prior to starting their own businesses.

After many interviews on the phone and via Skype, they were selected and flown to Los Angeles to film the series. In each episode, four teams of bakers and decorators compete in three elimination rounds. Winner of the last round, the Cake Challenge, takes home $10,000. Low and Anderson did well in Episode Three, which had a “Holiday Celebrations” theme.

“It was very nerve-wracking,” Low said. “You are under timed pressure and if things aren’t working out, you have to make quick decisions.” She said the production crew did everything possible to make them comfortable and not ratchet up the drama.

“We did that on our own,” she laughed.

The filming took place before Low enrolled in Power Up, but the episodes were released after she had graduated, having learned many lessons in promotion and branding.  On the night the episodes debuted, for example, Low held a watch party and made the desserts on the show for family, friends and major customers. Since then, she’s been talking it up on social media.

“You have to be on the ball and promote,” Low said. “Power Up stressed the importance of visibility and getting your business out there.”