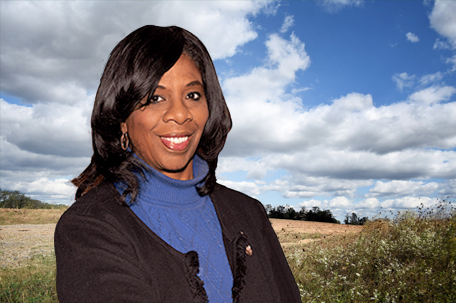 As Chester County’s new Sheriff, Fredda Maddox hopes to connect the county’s criminal justice system with the people who are most impacted by it.

January 2020 was an historic year for Black women in Pennsylvania’s law enforcement community.

The SUN spoke with Maddox about her first year as sheriff, the challenges she’s faced in her new job, bringing the Chester County Sheriff’s Office into the 21st century and how she’s hoping to diversify the department by connecting with the colleges in her own backyard.

SUN: Thank you for your time Sheriff Maddox. I guess what I’d like to ask you first is what drew you to law enforcement and what made you decide to run for this office?

FM:  It’s been an interesting journey. I never had aspirations of becoming a state trooper. I became one because I was I was a criminal justice major, my father had lost his job, and I wanted to help him. When the former sheriff [Republican Carolyn “Bunny” Welsh] decided that she wasn’t going to run for re-election, I decided to run. I was also motivated by the problems I saw in the criminal justice system, especially for people of color. Here’s an example. I was on my way to a Bench Bar conference, and I had a white colleague of mine in the car. We got lost, ended up in a white neighborhood, and I got pulled over. I explained to her that I needed her to get my license and registration out of my purse, but she wanted to say something to him. I told her not to. In the end, I explained things to the officer and I didn’t get a ticket, but in the end, the officer didn’t know I was in law enforcement, He didn’t see my service or my background. All he saw was my skin color. I was shaking afterward. If I’m shaking, and I’m in law enforcement, what happens with other people who don’t know what I know?

SUN: What I found most unique about you is that you’re a lawyer. There aren’t a whole lot of lawyers who are also sheriffs.

FM: It’s a very rare thing. The only ones I know of is the Sheriff Sean Kilkenney of Montgomery County and myself. I figured that someone with my law enforcement experience who also understands policy as a lawyer should have a seat at the table to show people how law enforcement and criminal procedure combine.

SUN: Right now, we’re seeing the trial of Derek Chauvin in the death of George Floyd. You talked a little earlier about the issues that people of color might be having negotiating law enforcement. How can you help?

FM: Chester County hasn’t had a person of color at the [law enforcement] table since the lone African American judge, Curtis Joyner, retired. He was on the Court of Common Pleas, and there’s been no one else since. There are 800 police officers in Chester County, and less than a dozen of them are Black. While the sheriff’s job is a little bit different than the police department’s job, I have a seat on the criminal justice advisory board, which deals with a lot of issues regarding criminal justice reform. There were a lot of people talking about this issue that overwhelmingly affects people of color, but there weren’t any people of color there.

SUN: What has been your biggest challenge since taking office?

FM: The biggest challenge has not been so much myself adapting, but the fact that people have tried to test my authority. I’m not an employee, I’m an elected official, which means that there are certain things I cannot do because I’m accountable to the people. While there are certain things that I want to do, I’m always doing a Kabuki dance because someone else has the purse strings and I have to be accountable to them. I have to make sure that people like the President Judge are supportive. So, it’s a balance. I consider myself a bridge builder.

One of the things I have been able to do is increase the office’s use of technology. Very few places are using cash now, but we didn’t take credit cards or debit cards. Now we do. We also do a lot of things on Zoom.

We had a lot of scandal here with our K-9 unit [Editor’s Note: Welsh was indicted on charges of theft for allegedly trying to charge taxpayers for volunteer work done on behalf of the county’s K-9 unit.], so we’re trying to streamline things to show integrity and transparency. I hope it’s something I’ve brought to the office in my short time here.

SUN: Thank you so much for your time, Sheriff Maddox. We really appreciate it.