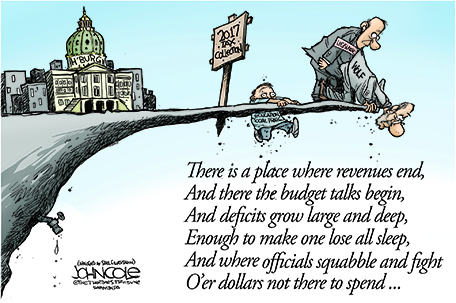 In Part Two of the SUN’s Unkindest Cuts series, we look at how the cuts in the Federal Budget will impact the two things that Philadelphia is best known for: Education and Medicine.

In many ways, Philadelphia is a city of contradictions.

While it is the most impoverished city of its size with a school district fighting longstanding issues, it is also a city filled with colleges, teaching hospitals and other institutions that have provided the world with a variety of benefits.

Under the $3.6 trillion 2018 Budget plan proposed by President Donald Trump’s 2018 Federal budget, the Departments of Education and Health and Human Services face serious cuts that could impact Pennsylvanians as a whole, and Philadelphians in particular.

Because of Philadelphia’s 28.1 percent poverty rate, cuts to programs like Meals on Wheels, Medicaid, the Low-Income Home Energy Assistance Program and the Supplemental Nutrition Assistance Program could be devastating to city residents.

Over the next 10 years, Medicaid is set to take a $800 billion, SNAP a cut of $192 billion, and all other domestic programs, a cut of $272 billion over the next 10 years. LIHEAP and the Community Development Block Grants that fund it, as well as most other programs that help those in need with affordable housing and medical help, are targeted for total elimination. 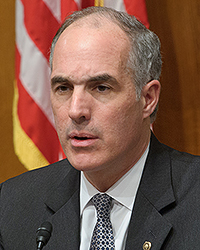 Not even Meals on Wheels or the Children’s Health Insurance Program is safe from the Trump Administration’s budget hatchet.

If the idea of these cuts is to make these people — 195,000 of who call Philadelphia home — more self-sufficient, it’s not going to work, said Rep. Dwight Evans. These are the kinds of cuts that will make matters worse, he said.

“This budget repeals programs like Meals on Wheels and other programs that people in poverty rely on,” he said. “It’s counterproductive and puts more pressure on the city and the Commonwealth. When [Budget Director Mick Mulvaney] says this is a “taxpayers first” budget, I have to ask him, what are these people, chopped liver?’!”

“President Trump’s budget is not just the wrong approach, but a recipe for fewer jobs, lower incomes and less opportunity for Pennsylvania families,” he said. “It cuts Social Security, decimates Medicaid and ends the Children’s Health Insurance Program (CHIP) – it is an extreme document that reads like a wish list of special interest giveaways and is riddled with broken promises.”

The Department of Education is facing a 14 percent cut, including cuts to teacher training grants, afterschool programs and aid to low-income and minority college students. 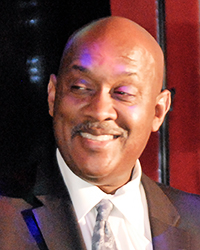 For the School District of Philadelphia, there could be impacts from increases in charter school funding ($168 million) a proposed private-school choice program ($250 million) and a $1 billion program designed to allow money meant for low-income students to follow them to the public school of their choice.

Because of the possible elimination of such things as Title II grants, the School District of Philadelphia is making some contingency plans, said Uri Monson, the district’s Chief Financial Officer.

“We are constantly monitoring legislation or budget decisions at the federal, state and local levels that can impact the District,” Monson said. “We specifically have concerns about the elimination of Title II as it funds many of our early literacy initiatives and we’ve set aside funds as a reserve in case Title II is eliminated to preserve these programs.”

The Department of Health and Human Services is looking at a $15.1 billion cut to its budget, something that will impact the Centers for Disease Control and Prevention and the National Institutes of Health, which researches ways to fight disease.

The CDC cuts in particular could be devastating for Philadelphians, Mayor Jim Kenney said.

“The CDC provides funding for many of Philadelphia’s public health programs,” Kenney said, “including programs ensuring vaccination of children, preventing cancer in adults, and protecting everyone from epidemics like those caused by Ebola.”

Because of the work it does, the NIH cuts give Sen. Pat Toomey pause.

“I support the broad goals of the Trump budget, but there are particulars with which I disagree,” he said. “For example, I do not support proposed cuts to the National Institutes of Health. While the President’s budget proposal is a statement of priorities for his administration, the ultimate responsibility for passing a budget and funding the government rests with Congress.”