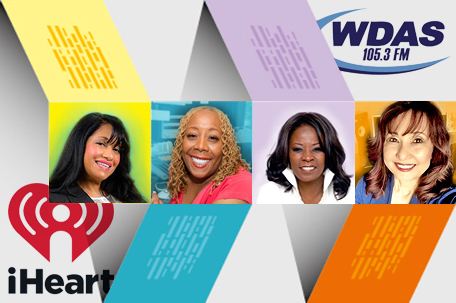 WDAS will be hosting its third “Women of Excellence Awards” this week; but with differing versions of how the event came together. Some say it’s an inaugural event to celebrate some of the city’s African-American women making their mark. Others will say it’s the bigger and better revival of the radio station’s past events to raise awareness of Philadelphia women doing extraordinary things. What is clear, is that it takes the acumen and initiative to make this event happen.

Among those who play their part in ensuring that local African-American women receive their props are four dynamic women in their own right. The Philadelphia Sunday Sun is pausing to celebrate four familiar names. They are all part of WDAS, the regional radio station that has its own distinction of having more African American at its helm and in its spotlight than any other Delaware Valley broadcasting station: Loraine Ballard Morrill, the director of news and community affairs, whose job it is to do outreach and tie the loose ends together; and on the airwaves are radio personalities Mimi Brown, Patty Jackson, and Frankie Darcell. So, let’s take a closer look at these Women of WDAS. 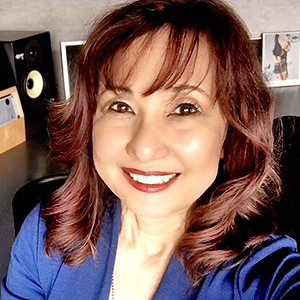 “WDAS FM is unique in the market with so many extraordinary women on the air like our much loved Patty Jackson and Mimi Brown.  The picture was complete when we added Frankie Darcell who was a star in Detroit and is bringing her energy and talent to Philadelphia.   WDAS FM is a station that values women and their contributions and it only makes sense that we honor those who are exceptional in business, government, communication and the arts at the WDAS FM Women of Excellence Luncheon.

Morrill’s father was in the military which meant traveling to many locations but spent much of her youth in Prince Georges County, Maryland. Her career extended from college internships to landing her first job at WBUR FM, one of NPR’s flagship stations.  Morrill eventually came to  Power 99 in 1983 and has been working through the years as the station joined with WDAS FM and eventually its current six station cluster owned by iHeartMedia where she is Director of News and Community Affairs. For Morrill, Philadelphia is home.

“There is much love in Philadelphia,” Morrill said. “I think we have the best, brightest and talented women in the broadcasting business here.” 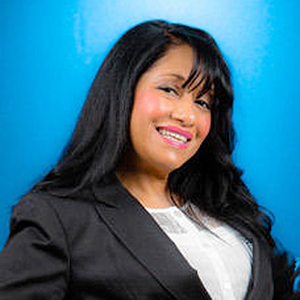 Mimi Brown insists that her popularity is due to “my strong passion for life and love.” Brown mentions that she thinks that the power the city’s women exert when they come together is uplifting. Consequently, when she is off the air, one of the things she looks forward to are events that bring women together.

“There’s a wisdom and encouragement and comfort women have among ourselves,” Brown said. “I think for women, we are now in the right place at the right time, and when we come together we can grow and become greater. We don’t need to waste time (lamenting) about our trials, because we have faith and can celebrate our triumphs.”

For Brown, her current position is a result of a journey that began when she was 18. She first hit the airwaves while a student at Temple University. After working at WYFT radio she came to WDAS. She readily admitted that she was trained in 1970’s spinning in clubs and DJ mixing. “I was the fourth female in Philadelphia radio history to play music. There were other women on the radio, like Mary Mason and Louise Williams Bishop, but I was the one who just played music,” Brown said.

Brown, who is also a licensed aesthetician, said that she is particularly looking forward to this year’s “Women of Excellence” because of the sisterhood it promotes. “As sisters we need to spend more time together in a safe place where we all are showing each other love and respect for one other,” she said.

Brown added that some women miss out on opportunities by not forging these sisterhood bonds. She said that she hoped that more women come to this realization.

“We can all be better at what we do when we support each other. We can learn from each other and just be there for each other. If a woman is in business we can help her by supporting her. When women come together something powerful happens. Imagine that we could form a strong platform,” Brown said. 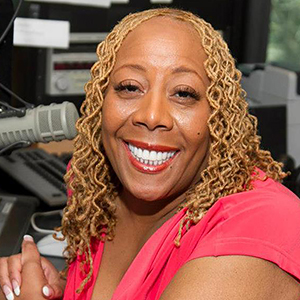 Radio personality Patty Jackson said that she has went through major transformations and a metamorphosis while on WDAS airwaves. She said that she has shared many personal challenges with her listeners, including the loss of her mother and her own personal health issues. She has also shared the joys of motherhood and the excitement of sharing wisdom from those she has interviewed like Maya Angelou and Susan Taylor.

“I feel like I am always evolving on the air,” Jackson said. She says that she was destined to be in broadcasting. At a young age she was the mistress of ceremonies. In high school she was the announcer. After that she would find herself hosting programs, eventually culminating into a broadcasting career.

Yet for Jackson, the greatest pleasure has been in drawing out others; whether it be the ordinary person in the audience or a famous personality. She says that what she hopes to accomplish is to “bring out the light” in others while at the same time shining her own light. “I also just love to make people laugh,” Jackson said.

“I think it is so important to celebrate the unsung heroes,” Jackson said. “In my life, I find it is important just to give people sincere compliments. We are so quick to talk about people or judge, that sometimes we forget that important ingredient to say something wonderful. So even though I love talking to people in the spotlight I also love those unsung heroes.”

Consequently, Jackson said that she doesn’t minimize her chance encounters with others. She says “everything happens for a reason,” and this includes even those who might not love her. She sees every interaction, even on the airwaves, as an indication that “God is getting me ready for the next chapter,” she said.

“What I believe is a lesson is that we need to create strong families,” Jackson said. “There is a strong family connection even in broadcasting. I was blessed to have my mother in my life. I know that there are people, like Susan Taylor says in her book ‘In The Spirit’ that we must love from afar. I am aware that there are some people who suck the life out of you, but I am also aware that success comes from a positive interconnectedness. That’s why I know we have to just jump right in there.” 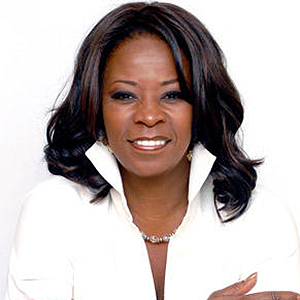 Finally, Frankie Darcell is the “new kid on the block” among the WDAS women, but she is certainly no amateur. She is originally from Baltimore and has ties to New York City. She garnered a high profile over the WDAS “sister station” in Detroit and continues to have radio shows in both markets.

“I am very excited to be in Philadelphia,” Darcell said. “Detroit and Philadelphia are very similar. They have similar problems as African-American communities with public education and prosecutions. So, I see WDAS as the first cousin.”

Yet she readily admitted that it was a bit intimidating coming to Philadelphia because it was a larger demographic market. Yet she has been able to fit in because she has found the communities and listeners welcoming. “I have a history of radio and meeting people, even working with my mother on the Shirley Chisholm campaign when I was growing up,” Darcell said.

Darcell even has the distinction of interviewing former President Barack Obama on the airwaves twice. During the first interview she did with then Illinois Senator Obama at the Congressional Black Caucus, she asked him to promise she could interview him while he was running for president. During that presidential primary season interview, she secured another promise from Obama to conduct a presidential interview. Securing that on-the-air interview was another feather in Darcell’s cap.

But while she enjoys interviewing high profile people, Darcell also loves celebrating women. She says that she has been the brainchild of programs that celebrate women. She also added she thinks it is something that Philadelphia can never do too much of.

“We need to celebrate women for all [they] have done for the community,” Darcell said. “It is different when women embrace women. Especially for African American women, we don’t always show this type of love. That is why I belong to three women’s organizations because I believe we need to walk the walk.”

“Philadelphia has become my home. I think WDAS plays such an important role in the lives of people in this city. So I am proud to be among the women who entertain and inform this city,” Darcell said.