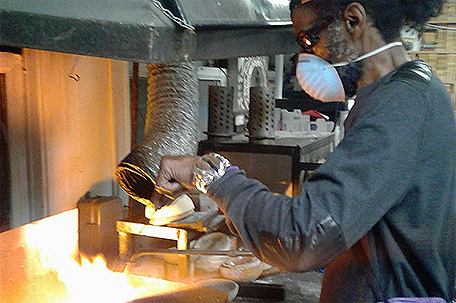 On Saturday, September 29, 2018 hundreds will gather in the city for the 41st Annual Philadelphia International Film Festival and Market at the African American Museum of Philadelphia, 701 Arch Street, from noon to 6:30 p.m. This year’s awardees are involved with the blockbuster film, “Black Panther,” Shushan Kedem (aka BaBa G.), one of the jewelry designers for the movie; the film’s studio finance officer, financier Ms. Lucretia Louis and local attorney “Chief” Methuselah Bradley, Esq.

The Philadelphia International Film Festival and Market will attract movie industry writers, directors, producers and actors from all over the world to pay tribute to the movie industry’s best.   “That is why we created this project to support our films,” said director of the event, Larry Smallwood, screenwriter, motion picture and television producer, and cultural anthropologist.

“Over the past 10 years we’ve had an average of 100 submissions annually between 1990 and 2003 with 1,300 artists who have presented their projects on Philafilm screens over the past 41 years, including six Academy Award winners and nominees premiering at Philafilm,” Smallwood said. “Our goal is to support independent international film and television artists and we have had some amazing, award winning films, directors, writers ,producers and participants.” 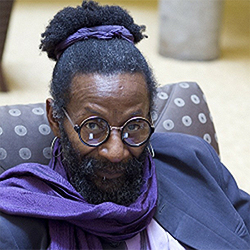 “One outstanding foreign producer was award-winning director, Enrique Gaspar and his film, “Los Olvidados” produced by Spain’s Nexos Alianza. Every year they make a commitment to be involved with submissions and sponsors for the festival,” Smallwood continued. “Other past winners were Philadelphia producer and director Bob Lott for his film/documentary about gold medal winners in the 1936 Berlin, Olympics called, “African-American Sport Heroes” and Dr. Denise Clements of Seattle, who was the producer of the documentary, “Before They Die,” the story of the survivors of the Tulsa, Oklahoma riots in 1921, which won the best documentary in 2014.”

You can expect the same mesmerizing films in this year’s festival.

“This year we are having an abbreviated festival but you can expect to see two icons in the film festival this year: BaBa G., the “Black Panther” film’s jewelry designer and Lucretia, the film’s Studio Finance Officer,” Smallwood said.

BaBa G. will be receiving Philafilm’s Leigh Whipper Award for “Outstanding Achievement in Motion Pictures” for “Black Panther”; Lucretia Louis will be receiving Philafilm’s Leigh Whipper , “Lifetime Achievement Award for Service in the Motion Picture Industry,” and the PHILAFILM’s “Legacy Award” will be presented to “Chief” Methuselah Bradley, Esq.

In addition, The Screen Actors Guild Regional Office will be on-site to offer information for actors, directors and producers.

BaBa G. said he is elated to be honored at the festival.

“I been designing jewelry for years and have participated in a lot of festivals in Philadelphia, New York, California, Atlanta and Chicago where I got my start, “he said. “But being a part of this phenomenal film [Black Panther] was a blessing.”

All of the jewelry Angela Bassett wore in the film was designed by BaBa G., as well as some pieces seen on the other cast members.

“It was so breathtaking to see them wearing them and the history behind the piece was very symbolical,” he said. “One of the pieces she wore I designed 18-years-ago when I was in Africa. I collaborated with one of the head jewelers there and it has been with me since. It has been purchased twice and returned. For it to be worn by Angela Bassett in one of the most important movies in our lives is astonishing.”

His company ‘Ancient Future and Beyond’ was established in 2014, however; he’s been doing business under that name for over 10 years.

BaBa G.’s work has been seen by Erykah Badu, Fantasia, India Arie, supermodel Iman, Andre 3000 and many more. He was recently honored by the DuSable Museum in Chicago and is scheduled to receive more honors this year from the Chicago Festival of the Arts and the Ambassador of Mt. Kenya for his dedication to community empowerment around the world.

The Philadelphia International Film Festival and Market will begin screenings at 12:00noon – 1:55PM on September 29 followed by the awards luncheon from 2:00-3:00PM, the Women’s Sekere Ensemble performance at 3:05PM and more screenings from 3:30 – 6:30PM.