The Black List arrives in Philadelphia, much to the delight of screenwriters 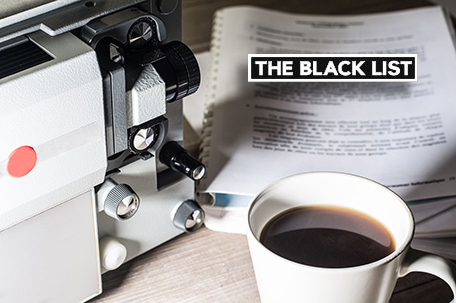 Philadelphia is a city known for having an immense amount of talent in the arts. Unfortunately, the conversation about art is often interrupted by the dearth of resources for aspiring and working screenwriters. Thankfully, a number of organizations have noticed the lack of resources and are now putting a great deal of effort into creating more initiatives to rectify this problem.  Among these organizations is The Black List. Screenwriters can rejoice knowing that Philadelphia is now hosting Black List happy hours every month.

The Black List Philly Happy Hour takes place every first Wednesday of the month. During the event, screenwriters are able to showcase their works to noted directors, producers, and film buffs with the bonus of feedback. Charisse Nesbit, a former producer with Lionsgate, explained the mission of The Black List and how Philadelphia became involved. “The Black List is an organization that’s been around since 2005.” Nesbit says. “It started online, then slowly started expanding to table reads and happy hours. I actually went to the website and saw that they had this opportunity. They said if you want us to come to your city, let us know what your plans are and where you’d like to do it. Myself and five other people applied to be apart of this, made the pitch for Philadelphia, and they ended up choosing us. So far the response has been great, and it’s been good to know that there’s a screenwriting community in Philadelphia and that there are people looking for this.”

The quest to share one’s creativity with the rest of the world is no easy task… as the saying goes, it takes a village. Nesbit was adamant about thanking the village that has supported her desire to help the Philadelphia film community through the Philadelphia Black List Happy Hour events. “I give a lot of credit for the help I’ve gotten to The Philadelphia Film Office. They are big advocates for bringing films to Philly and getting people to make films about Philly made in Philadelphia. I knew no one would be a greater resource.” Nesbit added, “Project 21 just came on board and they are all about getting the word out for anyone trying to be creative in Philadelphia. They were a huge help as well and gave us some great giveaways.”

There have been two Philadelphia Black List Happy Hours to date, but with the momentum it’s been gaining, there are many more to come. Follow the Black List on social media @phillyblacklist for information on how you can become involved and for updates on the next happy hour.