Black Girls Run! in Philadelphia September 29 – 30 for the 2017 Sweat With Your Sole Conference and Race Weekend 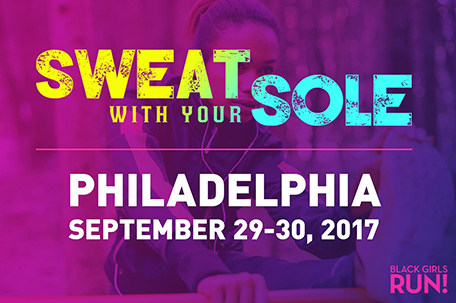 “We are excited to bring our signature race and conference to Philadelphia this year,” said Toni Carey, co-founder of Black Girls RUN!. “We have made this year’s conference two days, but still jam-packed with fun workshops, dynamic speakers, and a great race route. Philadelphia is a great, neutral location to take a drive or fly in for the conference on Friday and you can be back home by Saturday evening.”

The conference included interactive workshops with nationally recognized trainers and fitness instructors and speakers, and a vast amount of knowledge-sharing on running, health and nutrition. On Saturday, September 30 the weekend continued with a 5K and 10K run/walk along the Martin Luther King Jr. Drive. 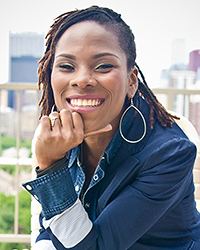 “Having Luvvie Ajayi as our keynote this year is spectacular,” said Ashley Hicks, co-founder of Black Girls RUN prior to the event. “Her wittiness, intelligence, and beauty is the epitome of what we do on the pavement each day… motivating each other through humor, humility, honesty and sometimes saying the things we do not want to hear. She will be a special touch to this year’s conference.”

The Sweat with Your Sole conference was open to Black Girls RUN! members and women who were interested in attending.

In previous years, Sweat With Your Sole has been hosted in Atlanta and Charlotte, bringing more than 3,500 men and women to the area.

For all “Sweat With Your Sole” conference and race information, visit www.sweatwithyoursole.com. You can also follow Black Girls RUN! on Twitter at @BlackGirlsRUN, and Instagram @officialblackgirlsrun, or use the hashtag #SWYS17.