Black culture is celebrated through the Arts during inaugural festival 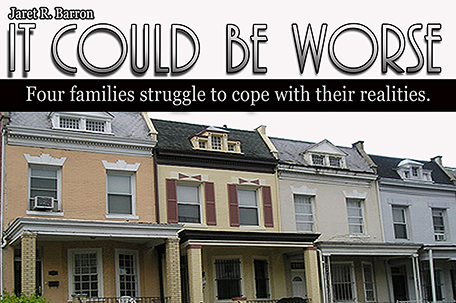 The Black arts are alive and well in the city — and with its inaugural Black Gold Festival last weekend, the Black Gold Project bore witness to that truth.

The festival was a benefit for the Project, a non-profit organization working to unite, educate, empower and activate the Black community through providing arts and educational programming for Philadelphia’s youth..

For co-founders Caroline Dorsey and Jaret R. Bannon, it was a way for both themselves and the community to give back in a way that plays to their strengths.

“[The] Black Gold Project is a way for the community to give back to itself effortlessly,” said Dorsey, who is also the project’s director.

“This is about Black people resetting our minds around the fact [that] we are Black Gold, [and] capable of accomplishing so much more if we were empowered to believe in our abilities,” Barron added.

One of the programs that the festival supports is Skits and Conversations, a motivational series with a focus on resolving societal issues through role playing and theater. Topics include domestic and gun violence, as well as sexual health. Each skit is complete with a full discussion to determine how to remedy these issues. The Black Business Tour is another program brought to individuals looking to network and build their brand, meet clients, gain potential partners, and interact with consumers all interested in cooperative economics that circulate the Black dollar. They also offer a Youth Entrepreneurship Program for budding businesswomen and men, which offers them an internship with the Black Gold Project, as well as valuable business and life skills.

Now let’s talk about the festival.

The Black Gold Festival consisted of a series of plays dealing with various subject matters that portrayed African Americans in ways that showcased their complexities, multifaceted attitudes and lifestyles within the culture.

Two of those plays stood out:,“Black Love” and “It Could Be Worse”, both of which Barron wrote, directed and produced. 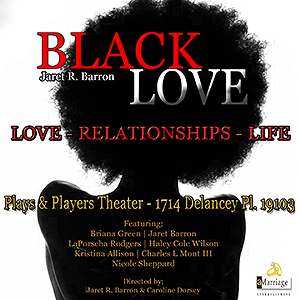 “Black Love” told the story of three millennial couples navigating complicated relationships, love, personalities, and sex through a hilarious lens. These couples learn a lot about themselves and each other throughout the play. The actors, stage and especially the dialogue made this play laugh-out- loud funny.

“It Could Be Worse” was a story about four families each dealing with a personal struggle; one was a man dealing with his sexual orientation and how to tell his mother about it, another was a woman trying to decide whether or not she wants to keep her unborn child, next, a couple dealing with depression and opioid abuse after their child goes missing, and the last story is a couple trying to determine whether they should remain together after infidelity is discovered.

Although the subject matter was a lot to tackle all at once, there were moments of lighthearted energy through the script and the actors’ stage presence. Barron pulled from his own experiences when writing this play, and it came to life so well as the audience offered their own commentary during the production.

A lot of hard work went into making the Black Gold Festival a success for Barron and Dorsey. Barron reminded everyone how integral their role was to make individual plays a reality. Barron and Dorsey’s Their humility and gratitude was so warm and heartfelt, it was easy to see why the actors and stagehands come back to participate over and over again.