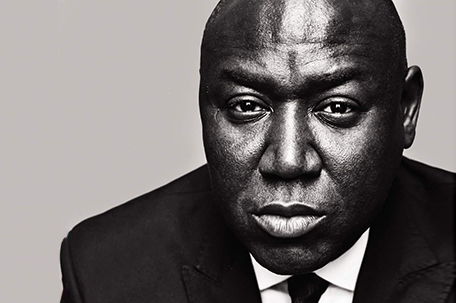 The event was hosted by the Literary Cafe and WHYY.

From the outset, the language used in the title of civil rights attorney Benjamin Crump’s new book is jarring.

But given the shocking nature of the cases that he has taken on — many of them involving police shootings — he had a point to make.

For example, the term “colored.” There’s a meaning that we’ve always given to it, but in this day and age, it means something different, Crump states in the book’s introduction.

“By “colored person,” I mean Black and brown people and people who are colored by their sexual preference, religious beliefs or gender,” he writes. “In short, I define a person of color as anyone who is a non-white male.”

Crump talked about his experiences fighting for those he defines as colored people and his new book “Open Season: The Legalized Genocide of Colored People” at a event held at the WHYY Studios on Independence Mall. The forum, co-sponsored by the Literary Café, featured a conversation with Crump and Errin Haines, national reporter on Race and Ethnicity for the Associated Press.

When he used the word “colored” as a catch-all for marginalized peoples, Crump, who has worked with the families of Trayvon Martin, Botham Jean and others to try and find justice for their murdered loved ones, he means in in the context of the “legalized genocide” that stems from the dehumanization inherent in these cases, he explains further in the book’s introduction.

“This book, featuring many of the cases I have worked on, reveals the systematic legalization of discrimination  in the United States and particularly how it can lead to genocide — the intent to destroy, in whole or in part, a people,” he writes.

While Crump first gained international recognition when he took on Martin’s case, it was the 2006 murder of 14-year-old Martin Lee Anderson in a Panama City, Florida youth detention bootcamp, captured on a grainy surveillance video that made him see how powerful technology can be when it comes to the issue of lethal abuses of power.

“They’ve been killing Black and Brown people forever in America,” Crump said. “It’s just that now, with the advent of technology, we get to see it. …Nobody believed the Black people until we were able to show it on video.”

Crump said that in addition to actual police involved shootings — which he noted average about 1,400 nationwide — those in control of the criminal justice system are “ killing us softly” with trumped up felony convictions.

It was important to Crump to document these cases in his book so that everyone — including White Americans — could understand the breath of the problem.

“Many of my White brothers and sisters cannot fathom that their child would actually be killed by the person who’s supposed to protect and serve them,” he said.

Implicit biases and demonizing perceptions can prove deadly to people of color. There is “shoot first, ask questions later” mentality when it comes to Black people, Crump said.

“They are unable to see our humanity,” he said.

The differences between police interactions with White people contrasted with those of Black and Brown people are stark.

“We cannot have “two Americas”; we cannot have two justice systems — one for White people and one for people of color,” Crump said. We have to educate people.”

Regarding the current group of 2020 presidential candidates, he feels that they should be talking more about these issues, which are directly tied to criminal justice reform and the long term civil rights of formerly incarcerated citizens.  This is especially true of those who have been convicted of a felony.

“You can’t vote, you can’t serve on jury duty, you can’t serve in the military — that’s the tip of the iceberg when you have a felony conviction,” he said. “In many states, you can’t even get life insurance. It’s like you are the walking dead — they just have not given you the death certificate yet.”

During the Q& A portion of the program, Crump was asked how he felt about the events both during and following former Dallas police officer Amber Guyger’s sentencing in which a court officer was seen stroking her hair, the victim’s brother expressed forgiveness and asked for a hug, followed by a hug from the judge.

As the attorney for the family, Crump got to know them well, and does not feel that the brother was out of line.

However, the attention from the bailiff and hug from the judge were out of bounds and in stark contrast with any behavior he has ever seen in his 25 years of practice, especially when it comes to people of color.

“I’ve never seen a convicted murderer get such compassion, the bailiff rubbing her hair,” he said. “ You have Black men making up 7% of the population of America, yet we make up almost 50% of the population of Death Row. … “When a White person kills a person of color, based on these Jim Crow “Stand your Ground” laws, there is no guarantee that they will even be arrested.”

In the decades following the important battles won during the Civil Rights Movement, it appears that the more things change, the more they stay the same.

Even a high powered civil rights attorney’s family is not spared from these injustices, Crump said, recounting a story which he highlights in detail in the book about a situation where a 13-year-old-cousin who was living with his family was placed in juvenile detention because he and a little White girl, who was also 13, had been affectionate with each other in school. The authorities were attempting to charge the young man with lewd and lascivious assault behind the incident.

After many frantic calls, Crump was able to fix the situation, but it made him think about what becomes of all the young Black and Brown kids that don’t have a powerful relative to advocate for them in similar circumstances over the years.

To help encourage his cousin — who was extremely traumatized by the incident — and his other young nephews going forward, Crump taught them an affirmation called “Black Pledge of Allegiance” —  found on page 182 of the book  — which begins:

Today is another day in the struggle for the Liberation of Black People.”

It goes on to invoke the institution of slavery, the African diaspora, the heroic and consequential actions of historic figures like Harriet Tubman, Crispus Attucks, and Thurgood Marshall and the continual struggle for the liberation of Black people.

At the end of the program, Crump was asked what keeps him going in these challenging times.

“ You have to think about what our ancestors endured. …you have to have courage and follow your conscience,” he said.

“Open Season: Legalized Genocide of Colored People” is available on Amazon and in bookstores nationwide.