Being Black In Green: What part did racism play in McCoy trade? 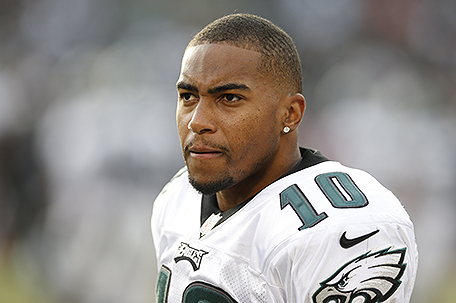 Over the years as a columnist and reporter, I have never hesitated to provide honest coverage of racial issues in sports.

Whether it was bias against African-American quarterbacks or criticizing those who tell Black athletes protesting against police brutality to “just shut up and play,” ignoring blatant racial bias is something I’ve never done.

But I’m also not afraid to say that something that looks racist might actually not be, which brings me to the the curious case of former Eagles running back LeSean “Shady” McCoy.

During what can only be described as a venting of his spleen, McCoy accused Birds head coach Chip Kelly of being a control freak and having some bias against Black players  in the May 25 edition of “ESPN The Magazine”.

A big problem with the above statement is that McCoy couldn’t elaborate or even give any concrete examples. While Stephen A. Smith posed almost the same question on an episode of  ESPN’s “First Take,” there’s nothing other than McCoy’s words and the perception on the part of some fans that Kelly’s personnel decisions be racially motivated. I haven’t seen any evidence.

But, McCoy is right about the idea that Kelly does want a team built in his own image and style. Kelly traded away McCoy, got rid of DeSean Jackson, quarterback Nick Foles and Todd Herremans. The team is also trying to move guard Evan Mathis, but haven’t found any takers just yet, and Kelly also let wide receiver Jeremy Maclin walk and sign a free-agent deal with the Kansas City Chiefs.

In fact, six out of the seven players of the players picked in the 2015 NFL Draft by the Eagles also happened to be Black players.

Recently, the Eagles hired Dwayne Joseph, who is African American, as the team’s  director of player personnel.

However, one of the reasons that many Black fans site for their perception of Kelly as a racist is the fact that wide receiver Riley Cooper is still walking around in Eagles Green.

Cooper’s now infamous N-word laden tirade at a Kenny Chesney concert in 2013 rightfully drew the ire of African-American fans and some of his teammates who wanted him gone. In fact, were it not for the intercession of former Eagles quarterback Michael Vick, the team’s higher-ups may have made good on their intention to get rid of him.

But in the aftermath of the team letting go of Jackson, Maclin and McCoy, two players who were coming off Pro Bowl years, Cooper’s presence on the team understandably leaves a bad taste in the mouths of Black fans and some of his Eagles teammates.

From a football perspective, Cooper, who caught 55 passes last yards per catch, isn’t guaranteed a spot on this year’s squad. His numbers in yards, touchdowns and average yards per catch went down last year and the Eagles have picked up former USC wideout Nelson Agholor in the draft and veteran wideout Miles Austin via free agency.  Second-year wide receiver Jordan Matthews is also coming off a solid rookie year, catching 67 passes for 872 yards and eight touchdowns.

In other words, being a White guy probably won’t save Cooper here, despite his being seen by Black fans as the smoking gun for McCoy’s racism claim.

While Kelly’s moves have been seen to many as odd, they appear to be based more on a desire to put his own stamp on the Eagles than they do racism.

Just as he did on the collegiate level, Kelly appears to be anxious to be able to buy his own groceries so that he can, to paraphrase Hall of Fame Coach Bill Parcells, cook the meal.