The Beech Corporation is helping college students begin their freshman year with the one thing every student needs: money 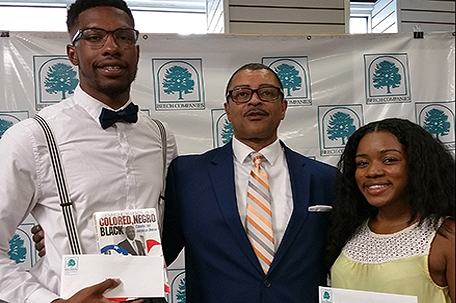 For the next few weeks, parents are going to be loading their cars with backpacks, computers, laundry baskets, posters and other things that students beginning their freshman year of college need to begin a new academic adventure.

But thanks to the North Philadelphia-based Beech Companies, 21 lucky students will be heading into their freshman year with something that every college student needs: a scholarship.

More than $20,000 in scholarships was given away, Scott said. The students are recruited from schools around the city through high school guidance offices and media advertising, he said. The scholarship recipients were awarded $1,000 each.

The idea behind the scholarships– giving Philadelphia’s students of color the chance to make the most of their academic talents– has been something that the company’s scholarship fund has been dedicated to since it’s inception, Scott said.

It’s also a chance for students to see what “lift as you climb” looks like, Scott said.

“We’ve had this scholarship program for the last 10 years,” Scott said. “As the fund grows, the purpose, which is to promote homegrown, academic excellence and achievement within Philadelphia’s minority communities and create a culture of giving back remains the same. We only ask the students that for every hand we give them today, that they give two-hands to someone else tomorrow.” 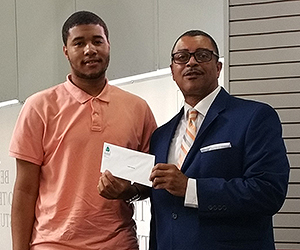 The scholarship fund was started in 1996 in honor of the Beech Company’s four founders: former Barnes Foundation chair Bernard C. Watson; late Rohm and Haas executives and philanthropists John and F. Otto Haas; and the late Floyd W. Alston, who founded the Beech Corporation after service as president of the Philadelphia School Board.

The scholarships are available to students with a grade point average of 2.75 or better who also have a record of civic engagement. For more information on the scholarship fund, go to www.beechinterplex.com/bcs_scholarship.asp or call 215-763-8824.

Here are the winners of this year’s Beech Foundation Scholarships and what they’ll be majoring in. Congratulations!