Ballin For Peace teaches to have a ball without drugs, alcohol or violence 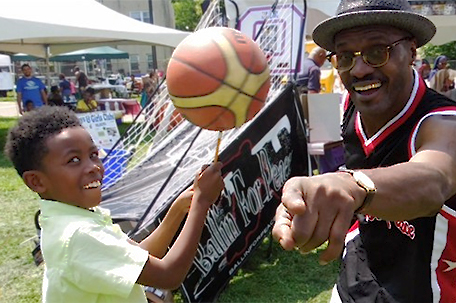 Quenton Bowman Sr. is extremely passionate about the work he does through Ballin For Peace in Nicetown community. “We’re trying to impact the lives of these young people”, Bowman said. “At the end of the day its about them.” 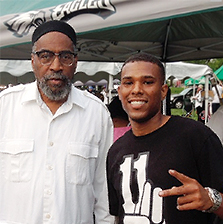 Ballin For Peace started in Los Angeles by Kenneth and Ryan Hicks to combat the gang violence and other issues in lower income communities. Bowman met Ryan, and later Kenneth Hicks while working in Los Angeles working for Nick Cannon’s entertainment company NCredible Entertainment. Bowman later saw what the Hicks were doing through Ballin For Peace. “They were making a very powerful impact in the community”, said Bowman. “The impact they were making was great.”

When Bowman returned to Philadelphia in 2013, he was disturbed by the high number of closed schools in the School District of Philadelphia and the limited number of after school programs.

“I called Ryan and told him we had to expand Ballin For Peace to Philly,” Bowman said. “In 2013, Ballin For Peace Philly was launched, partnering with its Nicetown CDC Festival Giveback as the kickoff event. This year, Ballin For Peace was able to provide a several full court basketball courts for the youth during the event, as well as a boxing ring where demonstration bouts were held. “We just want to get bigger and better every year, and the Giveback event is very important to us.” 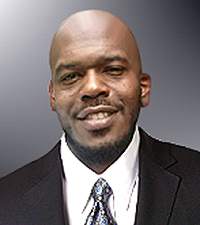 In addition to the annual Giveback event, Ballin For Peace also provides an afterschool program at the Edward T. Steel Elementary School on Wayne Avenue that includes tutoring and basketball clinics. This year, Ballin For Peace was honored by the Philadelphia 76ers for its work in the community.

Bowman’s passion stems from his love for his children. “I do this for them. I want them to grow up and feel safe, and that’s what Ballin For Peace is about, making our communities healthy and safe”, said the father of six.

Beyond their regular programs, Bowman is committed to making Ballin For Peace Philly a resource for other basketball camps and programs, by supporting their efforts through fundraising and sponsorship. To find out more about Ballin For Peace and how you can support you can visit their website www.BallinForPeace.org and follow them on Instagram @BallinForPeacePhilly

PHILADELPHIA FIGHT and Philadelphia Black Pride Present The Summit Ball: Climbing our way to the top