Back To The Beginning 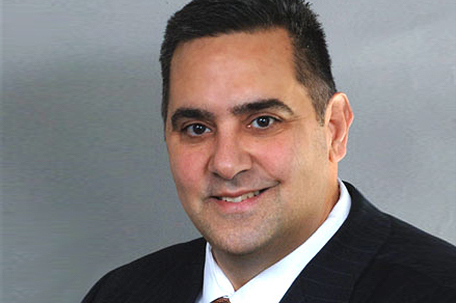 For Rich Negrin, fixing the District Attorney’s office would be a labor of love.

Rich Negrin has done a lot in public service in Philadelphia.

For the last six years of Mayor Michael Nutter’s administration, he served as the Managing Director. He also served as vice-chair of the Philadelphia Board of Ethics and received kudos for his work.

Negrin also oversaw the growth of PhillyRising, a neighborhood quality of life initiative that uses technology to deliver city services and create a sense of community.

The reason is personal.

“The first lawyer I ever met growing up in poverty in Newark, New Jersey was the prosecutor who was prosecuting the men who killed my father,” he said.

Negrin, like most of the candidates running for District Attorney, began his career in the District Attorney’s office. He served as vice president and general counsel of Aramark’s Healthcare and Correctional Services businesses and is currently a partner at the law firm of Obermayer, Rebmann, Maxwell and Hippel.

He has also won numerous awards, including National Latino Lawyer of the Year from the Hispanic National Bar Association, and the Community Champion Award from the Friends of the Free Library.

Negrin was also recognized by the White House as a Champion of Change in Innovation and Civic Engagement and received the Faith-Based Coalition’s Black History Month Trailblazer Award. He is a graduate of Wagner College and the Rutgers University School of Law.

He is also the one thing that the Guardian Civic League and the Fraternal Order of Police can agree on. Both police organizations have endorsed Negrin’s candidacy.

As part of profiles of the men and women running for District Attorney, the SUN talked to Negrin about his vision for the office, why he thinks it needs a turnaround specialist, and what it would mean to him to make history as the City’s first Latino DA.

SUN: Thank you for your time today, Mr. Negrin. I guess that my first question for you is, what made you decide to run for District Attorney?

SUN: You weren’t interested in running eight years ago?

RN: No. I was rooting for Seth [Williams, the current DA who was recently indicted on Federal corruption charges]. I knew Seth in the office, and I wanted him to succeed. I was pleased with his historic victory as the [Commonwealth’s] first African-American DA, and I’m disappointed with where we are. I thought about that office before, and it was something I was very interested in. But I might have waited if [Williams] hadn’t screwed up.

SUN: You said that you missed public service once you left the Managing Director’s office. But what do you think you can bring to the position of District Attorney that no one else can?

RN: I’ve gained a reputation throughout my career as kind of a ‘turnaround guy”. When I went to Aramark and became general council, there was a section of the business that needed some significant help. I was brought in to help turn that business around. When I first came to City Government, I worked for the Bureau for Review of Taxes and turned it around in six months. I did the same at the Managing Director’s office. I was brought in to help take the Managing Director’s office to another level.

So I’m used to coming into an office in crisis and using my management expertise and my passion to right the ship. In this case, it’s personal because this is an office that I’ve worked in and that I’ve loved and that has been my motivating factor for public service.

SUN: Do you really see the office as being in crisis?

RN: Oh, yeah, and I don’t just see it from the outside, I hear about it from the inside. Morale is horribly low. In any public job, but especially in the DA’s office, integrity is such a critical component of your everyday life, your everyday existence. You can’t walk into a courtroom and gain the trust of a jury, of a judge unless your integrity is unquestioned in terms of your credibility. Public trust is critical for any public servant, but especially for a district attorney. If people don’t think you’re fair…if you can’t follow the law, how can you enforce it?

Our biggest challenge is restoring that integrity. I haven’t just talked about it, I have a record of it. I was appointed by Mayor John Street to the Ethics Board, the first independent ethics board here in Philadelphia. I didn’t just help [to] create, but also enforced ethics laws across city government. As Managing Director, I drove ethics and integrity though my office. It’s a core value.

We need to set a new standard. That’s why I’m doing things as important as not taking any money from folks who have a financial interest in cases in front of the DA’s office, because even though it’s not illegal to do that, I think it’s because of the climate and where we are as a society and as a city, [the DA’s office] needs to set an incredibly higher standard than just following the law. We need to let folks know that even the appearance of impropriety is inappropriate when you’re a public servant, especially if you’re a law enforcement officer. We can’t hold other people accountable unless we’re holding ourselves to that incredibly high standard.

SUN: How would you set that standard in the District Attorney’s Office?

RN: First and foremost, I think it’s important to demonstrate those behaviors. So when I walk in, that’s who I am on day one. Then, I think that you specifically staff, target and train, so I’m going to have a full-time ethics officer who will not just focus on how are we following out ethics rules full-time, but also someone who operates from a centralized location where District Attorneys and young prosecutors can go to for issues around discovery, Brady material, things that are exculpatory.

These days, these lawyers will have 30 supervisors to go to. Those 30 supervisors will have 30 different answers. We need a centralized approach and to conduct business in an ethical and thoughtful manner. It’s not just for the individual, but also to make sure that the true search for justice is a search for the absolute truth. It’s not just about winning, and it’s not just about convictions. It’s about doing things the right way. No case is worth your integrity and winning that case is not worth your reputation and who you are as an attorney and an individual. You take an oath that is higher and above all of those basic things, and that’s to uphold our laws under the Constitution. That should be foremost in your mind.

SUN: What did you learn as Managing Director that will shape what you do in the District Attorney’s office?

I’ve sat at the feet of great presidents and CEOs who have helped me, and when I came to city government, I managed a really good team. If I’m elected, I’m going to professionalize our hiring and do training on unconscious bias. That’s important, especially for prosecutors. If lawyers in corporations are doing it, how much more important do you think that would be for public servants, especially if you’re figuring out how to charge people?

RN: There are great people doing really good work in the District Attorney’s office. There need to be some upgrades and a lot of fixes in the culture of the office. There have been some diversionary programs through the office, like the drug courts, that have become national models. We have juvenile programs that are incredibly effective. The office has done a good job with streamlining charges. They’ve tried to do community prosecutions, which in theory is commendable, but in application isn’t perfect. But we can refine it.

SUN: One of the more important issues that have come up as I’ve covered the District Attorney’s race is the subject of police brutality. How would you handle that?

RN: You don’t have to guess on that because I was managing director when we had police misconduct. I was often in the room when there were conversations with [former Mayor Michael Nutter], and we acted quickly.

I don’t think that police officers are any different than lawyers, priests, teachers or judges. They make mistakes and sometimes those mistakes are such that it makes them unfit to serve. When it happens with a police officer, it’s especially problematic because we give them under cover of law, a badge and a gun. Holding bad police officers accountable is part of the job.

SUN: Now you said earlier in our conversation that you met your first District Attorney when he was prosecuting the murderers of your father. What was that experience like?

RN: My Dad was a leader in the Cuban community. He helped to release 3,000 political prisoners in Cuba, and preached about freedom, free speech, and due process. But radical right-wing terrorist groups like Omega 7 believed that negotiating with [Fidel] Castro made you an enemy of the state, and threatened to kill him.

They shot at us as we were getting into the car one day. I ducked down in the back of the car and the bullets just missed me. I held [my father] in my arms as he died. That experience of watching a prosecutor help people obtain justice has given me the empathy for people in search of justice who have dealt with violence, trauma or both.

SUN: If you manage to become the next District Attorney, you’ll be the first Latino DA. What would that mean to you?

RN: It’ll mean a lot to me, but I’ll be honest. I want to be the DA for all Philadelphians. My multicultural upbringing gives me a certain understanding, but I want to use it to work across our differences. It’s important from a historical perspective, but I’m going to be the DA for everyone because we all need to be safe.

SUN: Thanks so much for your time Mr. Negrin. I really appreciate it.

City of Phila. does not award contract for amphibious tours on the Schuylkill River