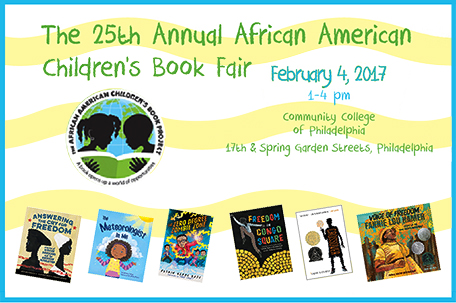 There are very few things more entertaining than watching a young child devour a book with growing excitement through each word and picture gazed upon.  Witnessing an act of triumph as a child finishes a book they have thoroughly enjoyed is reminiscent of the first time you experienced sheer joy over the written word.  What amplifies that jubilance even further is flipping through those pages and seeing an image of a child that mirrors their own face — as one cannot be what they cannot see.

Vanesse J. Lloyd-Sgambati understands the importance of early interaction with positive imagery in literature, which is why she started the African American Children’s Book Fair.

Saturday, February 4, 2017 marks the 25th year for the book fair, originating through non-profit organization The African American Children’s Book Project, which focuses on promoting and preserving literature created by or featuring those of African descent. Lloyd-Sgambati saw rich culture all around the city, but seldomly in bookstores or at literary events, which could yield dismal results.

This statement is validated throughout the education system — children lacking cultural stimulation in the classroom suffer — potentially leading to increased dropout rates and illiteracy.  According to a 2003 study from the National Center for Education Statistics, the literacy rate, in Philadelphia for adults ages 15-24 is 22 percent.  A 2009 report from the Philadelphia Workforce Investment Board suggests 52.2 percent of adults in the city are low literate, meaning they lack basic literacy knowledge, making it difficult to fill out a form or complete a job application.  The joys of literature did not reach many of these adults due in part to interest or cultural representation.

This Book Fair changes that, bringing African American authors and illustrators to their audience — little Black children eager to read.  One of the oldest and largest one-day events in the country, 250 attended the inaugural fair.  It has since grown to over 3,500 people from across the nation to the Community College of Philadelphia gymnasium.

Caroline Kendall, native Philadelphian and first-time author, penned ‘Riding Chance’, about Troy, a troubled youth who cleans stables as punishment and develops a passion for the game of polo.  Set in modern-day Philadelphia, the novel originated from a news story.  “After hearing an NPR segment about kids playing polo in Fairmount Park, I found a photo of a young teen and a horse that touched my heart.  His coming-of-age story flowed from there, and I’m pleased that middle schoolers are connecting with it.”

Attending the fair as a consumer three times, she couldn’t be more thrilled with the opportunity to attend as an author.  “It’s heartwarming to be among people who love books.  I’ve stood in long lines in the rain and cold with mothers, fathers, grandparents, and children all waiting for the doors to open.  It’s hard not to be inspired by that!” 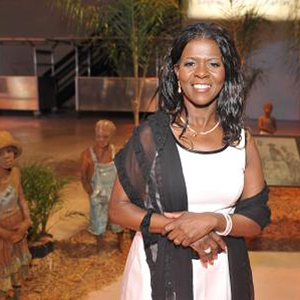 Working in the corporate world, the author was always intrigued with stories, as her favorite children’s book is “Hot Day on Abbott Avenue”, by Karen English and illustrated by artist Javaka Steptoe who will be there promoting her book “Radiant Child: The Story of Young Artist” Jean-Michel Basquiat.  Exploring nature brought Kendall peace, allowing her the chance to write, pursuing her passion full-time.  Kendall challenges aspiring writers to be unafraid and stand in their truth, as they can only tell the stories locked in their imagination.

“Picture books, poetry, graphic novels.  Don’t get hung up on the format.  The important thing is for children to see how powerful words can be,” Kendall explained.

Illustrator E.B. Lewis is a veteran of the festival, having seen bright-eyed children marvel at his artwork for about 20 years.  An educator with a concentration in special education, Lewis was showcasing his works at the Rosenfeld Gallery when he received a call from an agent who had seen his work in a magazine and was interested in getting him to illustrate books.  Initially Lewis was uninterested, but after doing some research, he acquiesced.  The agent shopped his works to nine publishers, and six chose Lewis as illustrator.  The self-proclaimed “artistrator” found a way to marry his two passions: reading and art, with close to 70 books in his catalog.

The artist studies children, which he says is the vital in this industry.  Lewis’ methods have proven success winning numerous awards, most recently with “Preaching to the Chickens: The Story of Young John Lewis”  as one of the New York Times “Best Illustrated Books of 2017.”  He traveled to Charleston, South Carolina and worked with a young child whom he took to a farm.  Initially scared of the chickens, the child warmed to the experience after coaching from Lewis.

A common thread in these illustrations is emotion.  Often Lewis chooses stories with emotional ties because it allows viewers to envelop themselves.  “The Other Side” and “Each Kindness” are fine examples of such.

Experience is the muse for the painter.  “I’m inspired by life, it’s not just one thing, everything I come into contact with inspires me.  I can’t wait for inspiration to start work either.  You have to work through it [the roadblocks] and it comes to you,” he said.  A native of Philadelphia, you can see his visage on a mural here.  Lewis’ favorite children’s book is “Mufaro’s Beautiful Daughters” by John Steptoe, and his favorite illustrated work is “The Other Side” by Jacqueline Woodson for the story line.

The African American Children’s Book Fair is in the gymnasium of the Community College of Philadelphia from 1-4p.m.  A snow date is Saturday, February 11th.