Author T.H. Moore explores ‘what if’ scenarios in history with new novel, “The Devil’s Whisper” 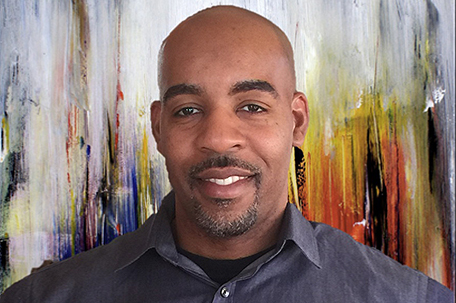 Author T. H. Moore has always been intrigued by historical movies, yet he would often leave the theater wondering what would have happened if one historical fact were changed. Or, if the protagonist knew the secret plan of the antagonist at that critical juncture, how would the story end?

These questions laid the foundation for his new book, “The Devil’s Whisper.” It is Moore’s second creative foray into this theme. He admits that his first book, “The End Justifies the Means” touched on these themes in a more superfluous manner. Now, he is challenging readers to see the world with new eyes by asking more challenging questions.

“I started thinking what would happen if when the colonizers came to Africa, the people there realized what they were doing and resisted being involved in the slave trade,” Moore said. “Or if when Christopher Columbus sailed in search of India and arrived in the Caribbean, and the indigenous people saw through what he was trying to do. This could happen if those in Europe realized there could be a Holocaust. You could go on and on.”

His questions continued. What if one rewrote history in a way that the uplifted and enlightened were able to live in peace, while those who wanted to engage in unethical, competitive, and money-mongering lifestyles were exiled to their own island-continent?

While the surreal theme of his first book captivated many, Moore says that his new creative work takes it a step further. While he insisted that “The Devil’s Whisper” is not a spiritual or apocalyptic book, the themes of good vs. evil, doing the right thing over the wrong, and listening to angelic vs. diabolic voices resonate throughout the book.

“I thought about [if] those who wanted the world to work in peace, harmony, and justice were in charge, what would the world look like?” Moore said. “Then, suppose those who wanted to be involved in violence, taking other people’s property and anything that is [vile] were exiled to a larger Australia, then what would the two societies look like? One would be listening to the ‘devil’s whisper’ in anarchy, and the other would have a more ‘kumbaya’ experience.” 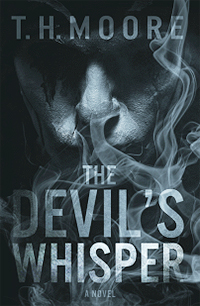 Moore hopes “The Devil’s Whisper” will reach a broad audience. His first book was published more than a decade ago. At that time, bookstores classified it as “street lit.” It was a category to which many African American books were restricted. While this new book will likely appeal to African Americans, he is quick to point out that the main characters come from different backgrounds.

“I deliberately placed main characters who cut across the mainstream,” Moore said. “There is a female character who is Brazilian. Then there is Charles, who is a White male, and another male character is from Africa. I would say that this is contemporary fiction.”

The book was conceived on the heels of the election of former President Barack Obama. With campaign promises of hope and change, Moore envisioned that a new society was possible. The current political landscape prompted him to complete the book.

“When you think about remolding society it sometimes can sound like a utopia. It just seems like common sense that we all want to live in a better world,” Moore said.

Yet, the book is definitely geared towards mature adults, according to Moore. The lives of the exiled are articulated in detail. So, many of those scenes are not for younger or more sensitive souls even while some are living in a more model society. It culminates with a cliffhanger. “That’s because this is only the beginning of the story,” Moore said.

The release date for “The Devil’s Whisper” is May 1st. One may purchase an autographed copy of the book by visiting: http://thmoore.com.