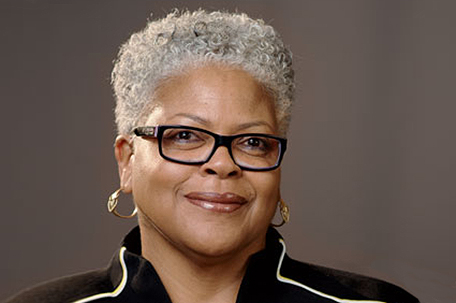 LATEST: A judge ordered Friday that Allen be reinstated immediately in her role as president of Lincoln University and that a special meeting be held on Aug. 6 by the university’s board of trustees to reconsider a new contract for Allen.

OXFORD, Pa. (AP) — The Pennsylvania attorney general’s office weighed in on a dispute over the leadership of a historically Black university near Philadelphia, filing suit against the board of trustees over the process that resulted in the ouster of the university president.

Attorney General Josh Shapiro said Saturday that the lawsuit argues the Lincoln University board violated notice and agenda requirements and refused to allow participation by members named by the commonwealth during the July 10 meeting during which the contract of president Brenda Allen wasn’t renewed.

“My office has no position on who serves as president of Lincoln University, but we will take action to ensure the board follows the law,” Shapiro said in a statement. “Lincoln is a jewel of our Commonwealth’s heritage, and students, alumni, faculty and staff of the school that taught Langston Hughes and Thurgood Marshall must have confidence that their leadership complied with state law.”

The complaint said university bylaws require 10 days notice for a special meeting and bars discussion of topics not included in the notice, and argues that not enough notice was given and the meeting was said to discuss “new leadership” rather than removal of the president.

After members met privately for three hours, the board chair announced a 52% to 48% margin against negotiating a new contract with Allen, The Philadelphia Inquirer reported. Shapiro, however, said that with five commonwealth trustees not allowed to participate, the vote on renewing the university contract including Allen’s appointment was tied 11-11, and judged to have failed. A new motion to appoint an interim president was approved.

Lincoln said the five members appointed separately by the state House and governor hadn’t been seated after the coronavirus pandemic prompted cancellation of the board’s regular meeting in April. They are to be properly seated at the next regular meeting scheduled Sept. 19, the university said.

The Philadelphia Inquirer reported that Allen, who had served as president of the Chester County university since 2017, sued the board Thursday, accusing members of having breached her contact and violated state law. She seeks an injunction declaring the action invalid and damages for “being denied her rightful position.”

Supporters have credited Allen with boosting student retention and alumni contributions. More than 14,000 people signed a petition to keep her as president, the Inquirer reported. A message seeking comment on the attorney general’s action was sent to Lincoln University on Saturday.

Senator Vincent Hughes to be honored at Lincoln University Commencement