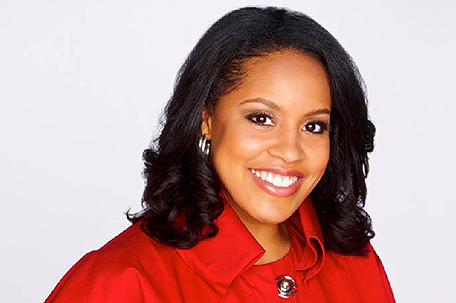 From the moment that Sheinelle Jones, co-anchor of Fox-29’s popular “Good Day Philadelphia” announced that she was leaving the show, viewers from around the region have taken the time to show her their appreciation.

From Facebook messages to the proclamation she was given before Thursday’s regular meeting of Philadelphia City Council, the Philadelphia-born Jones said she was surprised with the reaction her decision to leave the show has garnered from viewers.

“It is completely overwhelming,” she said in an interview before the council meeting. “I underestimated the connection that people had with me. I guess it’s because have grown up with me. From when I got married, to when I had my first child, to when I had my twins, they were there for all of that. It’s humbling, and it’s awesome.”

Jones announced last week that she was leaving the show and the station. Raised in Wichita, the anchor returned to the city of her birth nine years ago after stints at KOKI-Fox 23 in Tulsa, Oklahoma and WICS-TV in Springfield, Ill. In addition to co-hosting “Good Day”, Jones has also anchored mayoral debates and gubernatorial debates during her time at Fox-29.

But it was the morning show that she co-hosted with Mike Jerrick that has people wondering how they’ll start their days without her. Faithful Fox-29 viewers have watched as Jones and Jerrick interviewed newsmakers, celebrities, and produced the kind of moments with people like Olympic medalist Ryan Lochte and the Kardashian sisters that would occasionally wind up on Huffington Post and other viral video sites.

But while those moments will be the ones most remembered, it was the day-to- day moments with Jerrick and her “Good Day” family that Jones says she’ll miss the most.

“I’ll miss my friends, who are like family,” she said. “I’ll miss the unexpected, unplanned moments with Mike. We have a good time and it balanced out the hard news. People laughed with us.”

While she knows that she probably could have hosted “Good Day” for years to come, It was time to leave, Jones said.

“I loved my job and my time at Fox and “Good Day” has been one of the best experiences of my life,” she said. “But I’m looking for a new challenge. I still have big dreams. And I want to spend some time with my kids while I figure that out. The bar is set pretty high.”