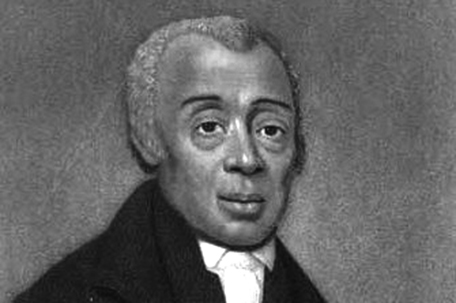 During his life, Richard Allen, founder of the African Methodist Episcopal Church, blazed a lot of trails. On Tuesday, he’ll be honored with a Forever stamp by the United States Postal Service.

While the entire African Methodist Episcopal Church family is probably looking forward to the unveiling of the Forever stamp bearing the likeness of the church’s founder Richard Allen, there are few happier to see this day than Jackie DuPont-Walker.

Walker, director of the AME Church’s Social Action Committee, spearheaded the effort to get Allen, a Philadelphia-born slave who was the founder of the AME church, an unofficial adviser to some of our nation’s Founding Fathers, and an abolitionist before it, popular immortalized on a stamp.

The effort took 40,000 signatures, a good amount of convincing, and a whole lot of faith, she said. With the encouragement of Social Action Committee chairs Bishops Carolyn Tyler Guidry and Reginald T. Jackson, however, she kept going.

“We started talking about this in 2002,” Walker said. “Some people gave up, but I had faith that it was going to work. When I got the call from the United States Postal Service telling me that the stamp was going to be available in the first quarter of 2016, I cannot tell you how much joy I felt. This is a validation of someone who was willing to risk life and liberty to help others.”

On Tuesday, Walker will be among those gathered at Mother Bethel AME Church, the church that Allen founded, to celebrate the unveiling of the Richard Allen “Forever” Stamp. The ceremony will be held at 11 a.m. at the church, which is located at Sixth and Lombard Streets in South Philadelphia and a host of luminaries including Harvard University Professor Henry Louis Gates, civil rights activist and long time AME member Vernon Jordan, Mayor Jim Kenney and the Rev. Mark Tyler, community activist and Mother Bethel’s current pastor.

Because there is a generation of young people who don’t know who Allen is, the creation of the stamp allows for a teachable moment, Tyler said. You can directly trace the moments that led to the presidency of Barack Obama to the sacrifices that Allen made to bring justice to Blacks, he said.

Those lessons were among the ones that Walker said she had to teach the Postal Service before it would allow Allen to join such luminaries as Shirley Chisholm, Barbara Jordan, the Rev. Dr. Martin Luther King and James Baldwin as the 39th member of the Postal Service’s Black Heritage series.

“He wasn’t considered good enough to warrant a stamp at first,” Walker said. “We had to mount a campaign throughout the AME Church and with other faith-based groups and history buffs to get it done.”

The Richard Allen Forever Stamp will be available at your local United States Post Office beginning on Tuesday. You can also get them at Mother Bethel during the unveiling ceremony, Tyler said.