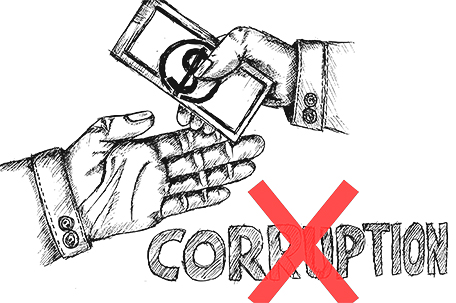 HARRISBURG, Pa. – The corrupting influence of money in politics is getting worse, according to reports by Clean Slate Now and the Center for Responsive Politics that show that last year’s midterm election was the most expensive in history.

Outside spending on U.S. Senate elections has more than doubled since 2010, and campaign contributions from political action committees rose by 34 percent for U.S. House candidates in 2014. But Mark Mehringer, executive director of Clean Slate Now, said he sees a bright side in the growing movement for clean elections, noting that an increasing number of candidates are choosing not to take PAC money.

“Taking a principled stand and making it clear to voters that you care about not being bought,” he said. “You’re not going to come out with this line once again that everybody else does of, ‘Well, they can contribute to my campaign but they’re not buying my vote.’ Nobody believes that line.”

The League of Women Voters, with more than 150,000 members and supporters nationwide, just asked the Federal Elections Commission to set new rules requiring full disclosure. They say that could help stem the tide of money flowing into elections in the wake of the U.S. Supreme Court’s Citizens United ruling.

Mehringer said disclosure is key for clean elections. He said that makes it possible for average citizens to play a bigger role in campaign finance, which could be a game-changer. Clean Slate Now recently endorsed the Government by the People Act, legislation to provide matching funds for candidates who refuse PAC money.

Another nonpartisan group, Represent Us, also is working to introduce Anti-Corruption Acts in states and cities across the nation.

The Center for Responsive Politics report is online at opensecrets.org. The Clean Slate Now report is at cleanslatenow.org.