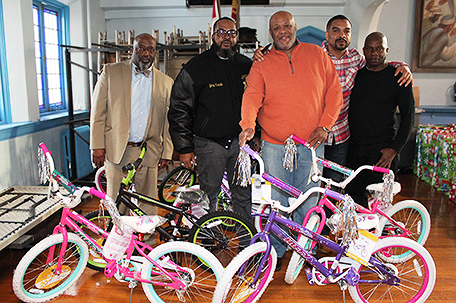 On Dec. 10, The Angel Tree Prison Fellowship held its annual holiday party for the children of incarcerated parents at the African Episcopal Church of St. Thomas on Lancaster Avenue. The initiative — which provides holiday presents for these children — is the primary ministry of the Tree of Life Criminal Justice Ministry at the church.

Perhaps no one was more pleased with the collection of more than 30 large trash and shopping bags of holiday presents than Loretta Ferguson, one of the original members of the Ministry.

She remembers when the Tree of Life ministry started under the late Cornelius Brown back in 1962. They had all types of holiday drives, but, it was not until about 15 years when the ministry joined with the national Angel Tree Giving Program that they targeted children whose parents were incarcerated. 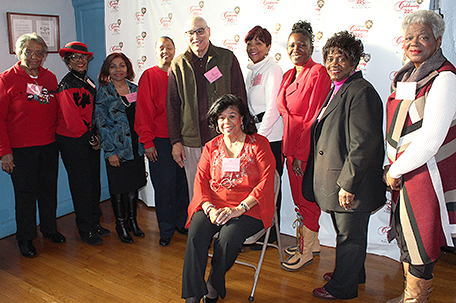 “Before that, we did do some community service programs with Graterford,” Ferguson said. “When we moved to Lancaster and Overbrook, that’s when we had a prison ministry under Gerri Wood. Mr. Brown and Father Anderson used to do some programs with the Episcopal Community Services. Then we developed the Tree of Life Criminal Justice Ministry under Janet Patrick and Richard Lawrence.”

“We have been blessed to be involved with the Angel Tree Program back when Mrs. Elizabeth Stanley — who we called Betty or‘Tootie’ — wanted us to do this. We tried things like the After Care program to help those who were coming home from prison and the Children at Risk program working with the Big Brothers and Big Sisters. This is the one that really stuck and is our biggest ministry,” Ferguson said.

Prior to Sunday’s Christmas party, inmates were asked to enter their families in the program. After writing a little about their family members on cards, these were then given to those involved in the ministry, members of the church, and others. Many would make a commitment to purchase at least one gift based on the information provided by the family. 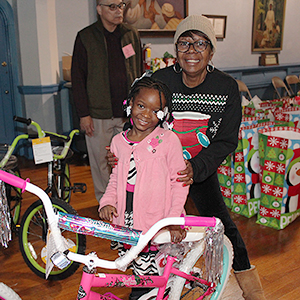 “Every Angel Tree program is run a bit differently,” Ferguson said. “I understand some do not have a party. Others just require that you have to show up to get a gift. We have the party, but it is not required you come. Most people do come. But, for those who cannot make it here we arrange to get the gifts to them.”

The church’s ministry also does extensive community outreach to insure that all the children get quality gifts. Among the groups that have worked along with the ministry are the Philadelphia Sheriff’s Department, some of the area Masonic lodges, and a group called SWING, Sisters With Interest Never Gone. While the Angel Tree project is under the direction of Gwen Cottman, it works closely under the overall Tree of Life ministry directed by Cottman and Ricardo Bostic.

Cottman said that this year’s Angel Tree program could not have been the success it was if it were not for the ministry’s partnerships. She said that a group of older society women called Club Karma came together to donate more than $500.

“It was just wonderful that we had the support of the Sheriff’s department,” Cottman said. “I give credit to Crystal Green who worked hard to get donations from the employees. They gave us more than $600. These were mainly smaller donations that added up. My cousin, Tootie, worked there until she (passed) in October of last year. So it was good to receive that manila envelope with all those smaller checks.”

Cottman further pointed to the efforts of Mark Wilson, a member of the Worshipful Master Members of Hiram Lodge, No. 5.

“They were able to raise enough donations to purchase 10 bicycles. That’s how we were able to raffle off the bikes for the children at this year’s party.” 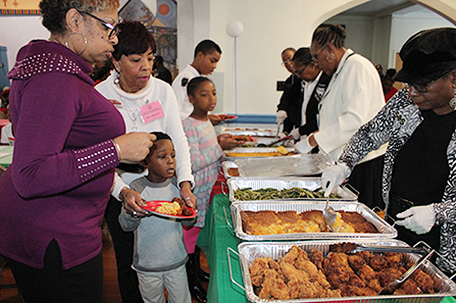 Yet Cottman is quick to point out that helping families with incarcerated members is a yearlong ministry at the church where she’s been a member for more than 65 years. She said as soon as 2018 rolls around, the ministry will be collecting toiletries and making what they called “dignity packs” for young women returning from incarceration.

“We really try to do what we can to help the children whose parent is incarcerated as well as those who come out of jail,” Cottman said. “We have the “I’m Free” program. We used to have a pen pal club but the prisons stopped that. I think they thought we may have been writing things to help them escape. As far as that (initiative), we still want to bring back the retired teachers who would go into the prisons helping the incarcerated improve their literacy.

“I just hope that more will want to donate or start programs like these,” Cottman continued. “When you are around those who were incarcerated and hear their stories, it is an eye-opening experience. They come in all age groups, Caucasian, Blacks and others, and there are women and men. They usually do not want us to look at them (solely) for what they have done, but to focus on what they can do now and will do in the future.”

Christmas on the Avenue: Community Service Leader Mont Brown is Bringing Families and Children together for a FREE Toy Giveaway

Della Reese, of TV’s Touched by an Angel, has died at 86