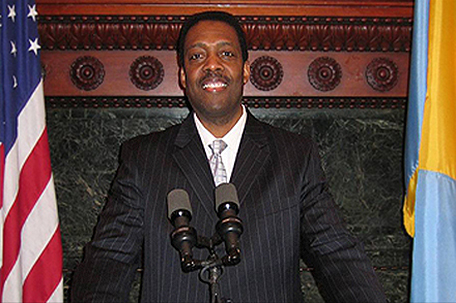 During his inauguration speech, City Council President Darrell Clarke promised an announcement addressing an issue that’s been on everyone’s mind in the era of #BlackLivesMatter, criminal justice reform.

At a press conference held before last Thursday’s regular City Council meeting, Clarke made good on that promise, announcing the creation of a special committee designed to make Philadelphia’s criminal justice system a little more just.

Co-chaired by City Councilman Curtis Jones, former Deputy Police Commissioner Kevin Bethel and Keir Bradford-Gray, chief of the Philadelphia Defenders Association, the goal of the committee is to come up with solutions to a problem that’s been kind of intractable, Clarke said.

“There’s been a lot of good work done and a lot of conversation about criminal justice reform,” he said. “But there’s been no clear cut path to it.”

Other members of the committee include Councilman Kenyatta Johnson, Ann Schwartzman of the Pennsylvania Prison Society and Tariq El-Shabazz, Esq. of the law firm of El-Shabazz & Harris, LLC. The Kenney Administration will also be making appointments to the committee and the School District of Philadelphia will also be involved, Clarke said.

“We’re going to have public hearings and seek out the opinions of experts,” Jones said. “We’re not in a race.”

The committee will be holding public hearings at City Hall and at various places around the city to solicit input from the community as well, Clarke said.