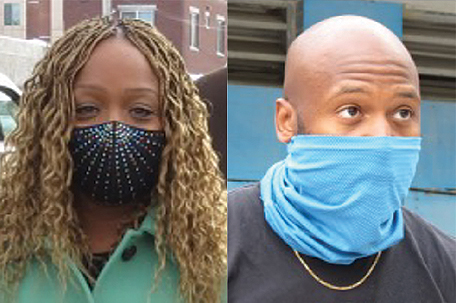 With great anticipation and patience, the FDA (Food & Drug Administration) was able to finally approve two vaccines that will help reduce the spread of the deadly and contagious COVID-19 coronavirus that has hit America hard.

On December 17, 2020, pharmaceutical giant Pfizer rolled out the first vaccine to help reduce the spread of the virus and immunize millions of people.

As of press time, over 550,000 people have received the Pfizer vaccine since then. In addition  six million Moderna vaccines —which were given emergency approval from the FDA on December 18 — have been shipped out over the last two weeks. Moderna is the second pharmaceutical company to join the fight to end this global pandemic. They shipped out 27,000 vials of the vaccine to Philadelphia on December 21. In Philadelphia, the coronavirus has killed over 2,300 residents with nearly 90,000confirmed cases as of December 26, 2020 as reported by the Philadelphia Department of Public Health’s website. With the virus affecting minority communities in Philadelphia at a disproportionate rate, some residents have expressed that they don’t want to take the vaccine because they don’t trust the current government and they feel that the vaccine was rushed to the public.

That said, there are some very positive and excited people on the front lines who are also minorities that have embraced the vaccination process here. to receive the first shots of the vaccine which included doctors, nurses and other healthcare and front line workers. One of those people was 33-year-old Marques Brown, a patient transport shift manager at Jefferson Hospital and a resident of West Philadelphia’s Mantua section, who was able to get the first of two Pfizer vaccination shots.

“I wanted to volunteer to take the shot,” Brown said. “Because as a Black man, I know that the outcomes in my community have been very widely known because of the cynicism and fear in this country and a distrust of American health institutions and government that unfortunately due to their practices [are] a detriment to the African-American community.”

“I wanted to be an example for other people,” he said. “It was to realize that everything is okay and that this is the best thing to do to protect them and the people you love.”

I also asked Brown if he had noticed any side effects after receiving the vaccine.

“Initially, the injection was less painful than the flu shot that I had,” he said . “I had no soreness for a few hours but the next day, I felt some soreness in my right arm which is where I got the shot. Within 48 hours, the soreness went down over the weekend and no other symptoms such as nausea.”

“I take the second vaccine shot on January 8, 2021,” Brown added. “This is the shot that they say you may experience some symptoms when the total vaccine is activated in your system. But it will be the dose that will jump start you of being protected against the virus.”

There’s an African American doctor —34- year-old Dr. Kissmekia “Kizzy” Corbett —who  led the Moderna team that brought this second valuable vaccine to the American public. She wants to ensure that there will be enough vaccines to reduce fears of contracting the disease and for the public to continue to follow  the protocols in place during the vaccination process. Corbett has been praised by President Trump’s lead scientist on the President’s Coronavirus Taskforce, Dr. Anthony Fauci. “A lot of people are banking on us or feel that we have a product that could at least be part of the answer this world needs,” Corbett said during a NBC News interview back on March 3, 2020.

Corbett is a scientist with the National Institute of Health (NIH), where she is a research fellow who received her doctorate from the University of North Carolina.

“SARS and MERS, two corona viruses, had already caused massive outbreaks,” Corbett said, “And these big, challenging questions remained, along with the fact that it was clear that it could happen again. It was looming out there and just a matter of time.”

She also received high praise from Ralph Baric, a professor in departments of epidemiology, microbiology and immunology at the University of North Carolina.

“Fate has put her in a position to make a huge difference in human health, and it has made a good choice,”  Baric said.

He also called Corbett, “A really quite outstanding, hardworking scientist.” I spoke with another woman doing great things during this pandemic. City CouncilmemberJamie Gauthier of the 3rd Councilmatic District in West Philadelphia talked about the constituents in her district and how she is encouraging them to take the vaccine and when she would receive the vaccine. “I think it’s a good thing that we now have a vaccine,” Gauthier said. “It means that we can start to get back to life and I encourage everyone to get the vaccine. I’m gonna be getting my shot as soon as I have the opportunity to and I encourage everyone in the community to do so as well.”

“I completely understand [about the mistrust],” she added. “But at this point, I think people’s biggest risk is from the coronavirus itself. And I think that it is much more risk in the science than in people getting vaccinated. And all of us have to do our part if we’re going to make our way out of this pandemic. So, it’s up to all of us to get vaccinated and all of us to continue to wear our masks and social distance and all of those important things.”

U.S. Surgeon General Jerome Adams also spoke recently about the fears that African Americans have when it comes to taking the vaccine from past history with our country and their distrust.

“I grew up poor, Black [and] rural, and I know long before COVID [that] there were many diseases such as hypertension, cancer, diabetes that were plaguing communities of color,” Adams said during an appearance on t “Face the Nation” December 20. “And COVID just unveiled disparities that have been around for a long time.”

“I talked previously about the history,” Adams continued. “The mistreatment of communities of color, the Tuskegee experiment, the terrible treatment of Ms. Henrietta Lacks and her family and how they took her cells without her permission. We need to understand that this mistrust comes from a real place.”