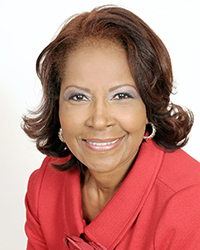 DALLAS, Jan. 25, 2018 — “Today the Philadelphia City Council announced a proposal to introduce a sodium safety warning label on restaurant menu items exceeding 2,300 mg of sodium. This level of sodium should not be exceeded in an entire day, and consuming that amount (or more) in a single meal would set up an individual to be well above recommended healthy amounts. Unfortunately, many restaurant meals provide more than a whole day’s worth of sodium. The American Heart Association sees this proposal as an opportunity to help people make more informed food choices while eating out so they can live a healthier life.

More than 70 percent of Americans’ sodium intake comes from packaged and restaurant foods. While consumers can control how much salt they use at the table, salt that is pre-added to our food cannot be taken out. Consumers deserve to have more control over their health and more information when they order a meal, instead of letting restaurants decide for them. Excess sodium intake correlates to an increased risk of high blood pressure, cardiovascular disease and stroke.

Any meaningful strategy to reduce sodium intake at the population level and improve the health of all Americans must involve the efforts of government officials, food manufacturers, food processors and the restaurant industry. The American Heart Association applauds Philadelphia City Councilwoman Blondell Reynolds Brown for introducing this proposal as well as those in the food industry who have already worked to reduce the sodium in their menu items. The association hopes these kinds of warning labels will lead to more industry innovation and consumer empowerment.”