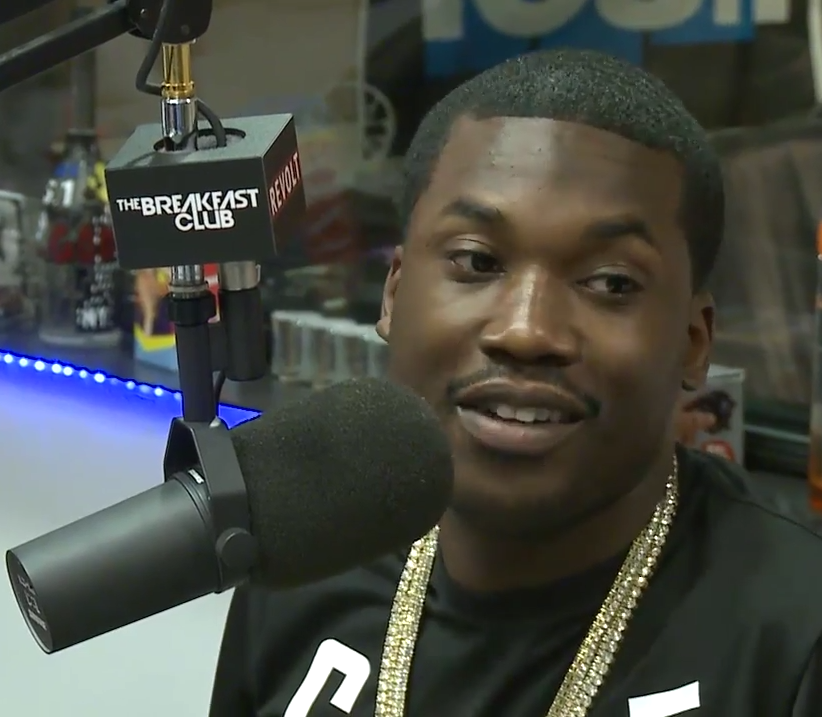 Everyone from celebrities to local citizens are weighing in on a Philadelphia judge’s recent sentencing of Philly rapper Meek Mill to two to four years in state prison for repeated violation of his parole. Many are divided on whether the rapper’s sentence is appropriate or unfair.

Tonight at 5 p.m. outside the Criminal Justice Center at 1301 Filbert Street is the highly anticipated “Rally for Meek.”

Celebrities and supporters from near and far are expected to descend upon the center to protest the unfairness of the criminal justice system that is stacked against African Americans and what they feel is a harsh and unwarranted sentence for the Philly rapper’s repeated parole violations.

“He caught a charge when he was, like, 19. He’s 30 now. He’s been on probation for 11 years. F—ing 11 years. Judge gave him two to four years because he got arrested for being on a bike and popping a f—ing wheelie,” said the rap mogul.

Speakers at tonight’s rally, in addition to community activists, include Philadelphia Eagles Safety Malcolm Jenkins and former Rocafella recording artist Freeway to name a few.  Rumor has it there will be unannounced celebrity speakers voicing their support for Meek Mill.

“I’m just taking a second to speak on my friend Meek Mill’s situation and try to bring as much attention to it as I can and asking you guys to go to Justice4Meek.com. Sign the petition, we’re trying to get this sentence re-evaluated. I mean, look, it’s just not fair. Look, the guy’s not perfect. He’s done some things in his past life and he’s been on probation for a large part of that past life and the sentencing he’s getting is stupid.”

However not all are believers that the judge was harsh given Meek’s failing of a drug test and parole violations.  Although many believe the criminal justice system is unfair against minorities, they do not feel that Meek’s case is the cause to rally around.

State Representative Jordan Harris who is scheduled to speak at the rally tweeted this morning:

When a twitter user expressed displeasure with the overwhelming support for the rapper.

Rep Harris responded with the following tweet telling the user to refer to his tweet above. The exchange is below: 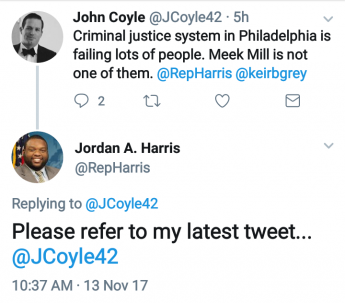