All Around Philly: Fourth Annual Women of Excellence presented by 105.3 WDAS 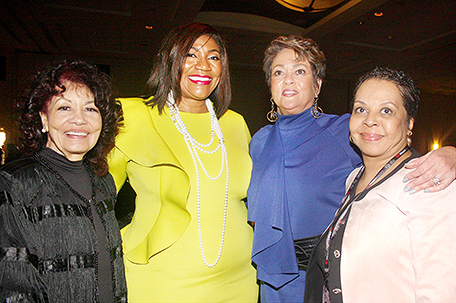 The well-attended event was held at the Sheraton Philadelphia Downtown on last Saturday. The program began with a luncheon prayer by the Rev. Dr. Mark Tyler, pastor of Mother Bethel AME Church, followed by a warm welcome by WDAS-FM personalities Loraine Ballard Morrill, director of news and community affairs for iHeart Media; Patty Jackson, longtime WDAS midday personality, Frankie Darcell, WDAS’s dynamic afternoon drive personality and iconic radio personality Mimi Brown. These ladies are truly a team of professionals who complemented each other like a well-tuned orchestra.

Nine outstanding women from the Tri-State area were honored for, “their brilliance, grace and elegance.” Philadelphia’s own Patti Labelle graciously accepted  the 2018 Trailblazing Woman of Excellence Award on behalf of Queen Latifah whose beloved mother, Rita Owens, recently succumbed to heart disease.  Latifah, who portrays LaBelle’s daughter in the hit Fox show “STAR” is an award-winning actress, talk show host and Hip-Hop icon.

LaBelle, who received the Trailblazing Woman of Excellence honor in 2016 was effusive in her praise for her co-star, whom she affectionately referred to by her real name, Dana. She promised to deliver the award to her personally when she returns to the Lee Daniels’ hit, which is now in it’s second season.

Being named the Trailblazing Women of Excellence is Philadelphia’s way of letting you know how it feels about you, LaBelle said.

“ This has been my home for 73 years and I don’t plan on moving  any time soon,” LaBelle said. ”When I received this honor  two years ago, I took it as huge because when Philadelphia loves you they let you know and when they don’t , they let you know.” 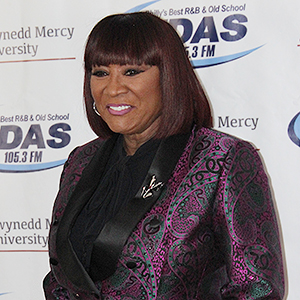 In a Facebook posting she made following the event, Patterson-Tyler wrote, “Thank you Lord, and thank you WDAS FM Philly for selecting me as one of the Sheroes of the Women  of Excellence 2018. Congratulations to all of the honorees and Sheroes! Your speeches provided a very uplifting end to Women’s History Month. I appreciate my family and friends who showed up to support me today, especially my mom Sharon Battle Patterson – the original Woman of Excellence!”

Clear Channel Philadelphia director of urban programming Derrick Corbett acknowledged Frankie Darcell for her fifth anniversary with WDAS -FM and over 30 years in the industry.   Darcell, who recently returned from South Africa, shared her personal experience with breast cancer and urged all women to be vigilant about getting mammograms and other health screenings.  Fortunately, she is cancer free and committed to sharing information to increase breast cancer awareness.

Each honoree expressed gratitude for this very special recognition and received a beautifully engraved crystal award.

Two distinguished women attending the event who didn’t go unnoticed were Catherine Hicks, co-owner and publisher of The Philadelphia Sunday SUN who supplied complimentary papers with the “Women of Excellence” event as the cover,  and City Councilwoman-at-Large, Blondell Reynolds Brown.

The full afternoon was topped up with great musical performances by MAJOR, Vivian Green and classic R & B  singer Will Downing.

It was a phenomenal event and a proud time to be “All Around Philly!” Congratulations to all!