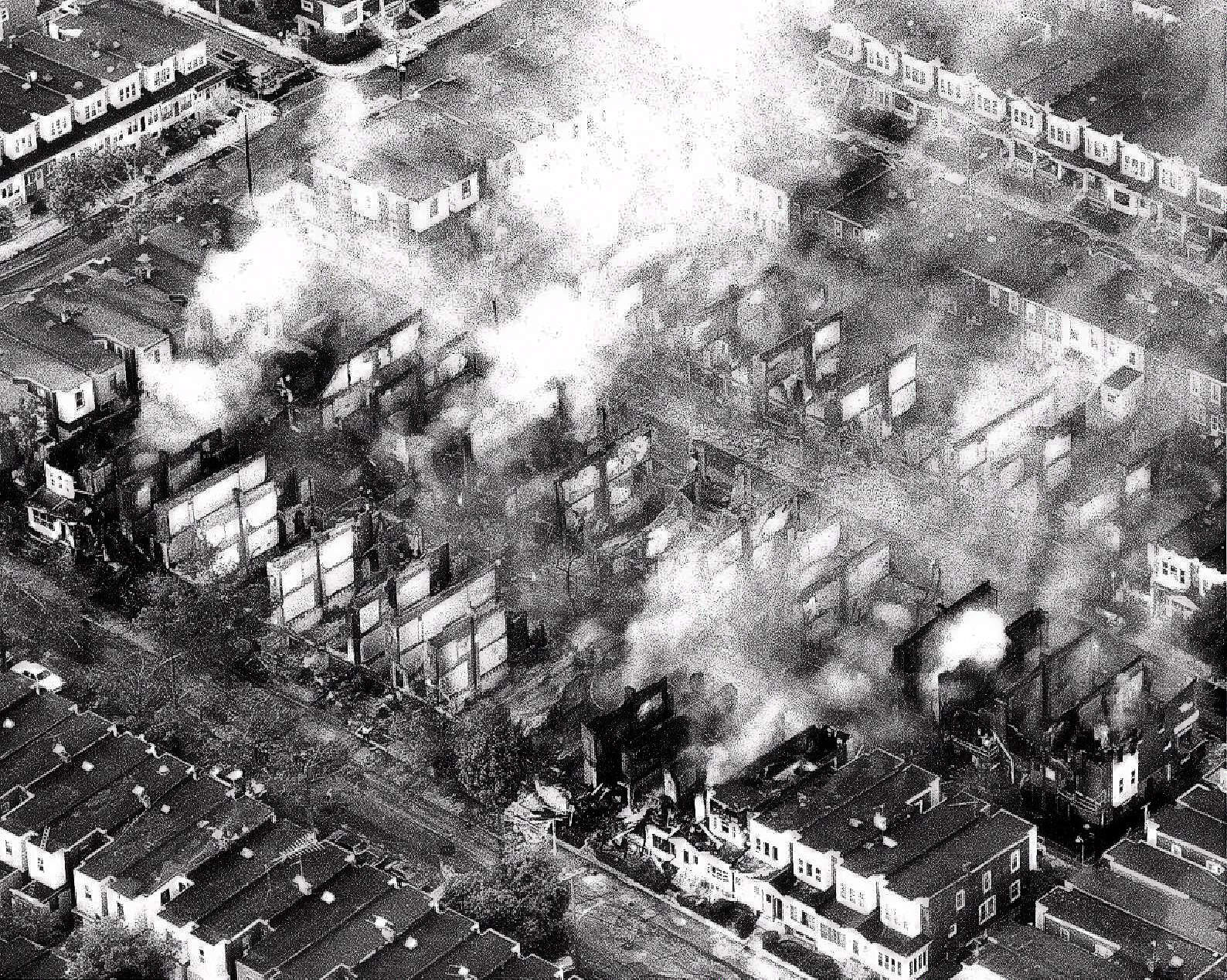 As we commemorate the 35th anniversary of the 1985 confrontation between MOVE and the Philadelphia Police Department, everyone is in apology mode. But does it really matter?
By Denise Clay

One of the things that people are either really good at or really bad at is admitting when they’ve messed up.

While it doesn’t often fix everything when you’ve offended someone, a good apology can often provide a road map to the kind of forgiveness that leads to actual healing and allows folks to move on from a wrong done to them.

Granted, they won’t forget what you did, because forgetting allows it to happen again more often than not, but through forgiveness some sort of mental healing can be obtained for everyone.

But there are also some instances where you can apologize several times, in several different ways, and you can’t even see forgiveness because it’s so far away.

On Wednesday, Philadelphia saw possibly the best example of what happens when you apologize eight ways to Sunday, only to find that not only do people not forgive you, they’re not trying to hear from anyone you represent either.

You see, Wednesday was the 35th anniversary of the 1985 confrontation between the radical back to nature group MOVE and Philadelphia Police that resulted in the deaths of 11 people —- five of them children — and burned down most of the 6200 block of Osage Avenue.

Considering we’re dealing with a global pandemic that’s infected 18,779 people and killed 986 as I’m writing this on Wednesday night, I thought that we all might be a little preoccupied with staying alive and making sure our loved ones do the same to take the time to reflect on it.

But when W. Wilson Goode, Philadelphia’s mayor at the time of the MOVE confrontation, wrote a column that ran last Sunday in the British newspaper The Guardian, calling on the City of Philadelphia to join him in apologizing to MOVE, it kind of forced the issue.

In the column, Goode said that the events of May 13, 1985 still stuck with him, and while he wasn’t personally involved in the decision to drop the bomb on 6221 Osage Avenue, he was responsible for those who were and accepts that responsibility.

“This is the fourth time I’ve publicly apologized. My first official apology on behalf of the city came on May 14, 1985 in a televised address to the citizens of Philadelphia, to the MOVE family and to their neighbors,” he said. “Today I would like to apologize again and extend that apology to all who experienced, and in many cases continue to experience, pain and distress from the government actions that day. They include the MOVE family, their neighbors, the police officers, firefighters and other public servants as well as all the citizens of Philadelphia.”

He also said that MOVE was due another apology; an apology from the city itself.

“After 35 years it would be helpful for the healing of all involved, especially the victims of this terrible event, if there was a formal apology made by the City of Philadelphia,” Goode said. “That way we can begin to build a bridge that spans from the tragic events of the past into our future. Many in the city still feel the pain of that day. I know I will always feel the pain.”

Let’s take this whole notion of a citywide apology apart for a moment.
Apparently, discussions to have such an apology have been taking place between city officials, members of MOVE and local activists. As a result of those discussions, statements from City Council began flying around on Tuesday.

It’s necessary because of the long term damage the MOVE bombing left in its wake.

“There are echoes of the MOVE bombing that persist in Philadelphia’s police-community relations,” the statement read. “Historical discrimination against people of color and unnecessary use of force has shaped a culture of distrust between police and residents. Perhaps Philadelphia could have been set on a different path, had the bombing been widely condemned in the aftermath. But it wasn’t, and we are still living with those consequences today.”

Councilmember Derek Greene issued a statement of his own in support of the apology.

“Although 35 years has passed, the words of the Rev. Dr. Martin Luther King, Jr. resonate,” Greene said. “The time is always right to do the right thing.”

But while most members of City Council have been attending these reconciliation discussions, two people —- Mayor Jim Kenney and City Council President Darrell Clarke —- haven’t.

It’s bad that no one was held accountable for what happened back in 1985, because someone should have had to pay for bombing a city block and killing 11 people, Clarke said in yet another statement issued on Wednesday.
But, Clarke continued, Goode has apologized multiple times. Besides, his focus needs to be elsewhere right now.

“The anniversary of this incident comes at a time when Philadelphia is in the middle of a pandemic that has claimed nearly 1,000 Philadelphians’ lives and infected more than 18,750 residents with COVID-19,” he said.

“Responding to this public health crisis has also badly harmed Philadelphia economically, leaving hundreds of thousands of city residents out of work, exposing fundamental disparities in health care for racial minorities, and ripping a $649 million hole in the city’s budget for the coming fiscal year. As a current elected member of City Council, I am focused every day on responding to this unprecedented crisis for our residents and our city, and I believe that is where my focus must remain.”

In other words, if folks are looking for this apology resolution to show up any time before the fall, it ain’t happening.

And even if it does happen, I’m not sure of how much good it’s going to do.
I say this because the very people that everyone would be directing this apology to —- the MOVE family —- don’t seem to trust most of the people who would be issuing said apology.

During a day-long commemoration of the MOVE confrontation on WURD Radio on Wednesday, hosts Brother Shomari and Ulysses Slaughter interviewed Ramona Africa, the lone survivor of the 1985 fire. She was asked what she thought of Goode’s call for an apology from the city, and the mistrust came rolling out.

“He said that under the same circumstances he’d do it again, so anyone who tries to make excuses for him is foolish,” she said.

But what I found most interesting about the interview was Africa’s response to the question, “Do you think that MOVE has anything to apologize for?”

“What does MOVE have to apologize for? We don’t have anything to apologize for,” Africa said. “Five children and six adults were murdered by this system in 1985 and no one went to jail for that.”

I wonder if the people who lived on the 6200 block of Osage Avenue, working class people who owned their homes, liked their neighborhood, and have now been gentrified out of it due to what happened, would agree with you on that.

In fact, what’s annoying me a bit about all of this is that the current and former residents of the 6200 Block of Osage Avenue are the only people being left out of this apology.