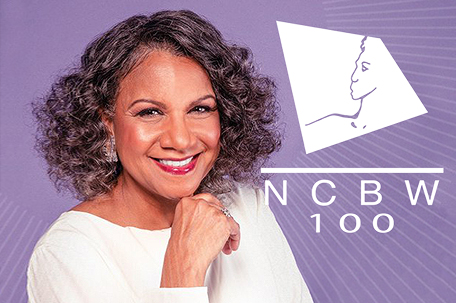 Author and journalist A’Lelia Bundles currently is at work on her fourth book, The Joy Goddess of Harlem: A’Lelia Walker and the Harlem Renaissance, a biography of her great-grandmother, to be published by Simon and Schuster. As president of the Madam Walker/A’Lelia Walker Family Archives, she shares the history of her famous ancestors through speeches, publications, memorabilia, documents and several public initiatives.

Bundles is a presenter for the Saturday, March 19th Madam CJ Walker Awards Luncheon at the Loews Hotel in Philadelphia. The luncheon, presented annually by the The National Coalition of 100 Black Women, Inc.- Pennsylvania Chapter, highlights African American women who have demonstrated excellence in entrepreneurial efforts and community outreach in the Delaware Valley Area.  Over 700 women attend the luncheon which is preceded by a two-hour morning business seminar.

You will leave feeling inspired and celebrated!

Her critically-acclaimed, best-selling biography, On Her Own Ground:  The Life and Times of Madam C. J. Walker [Scribner/2001], was named a 2001 New York Times Notable Book, a 2002 Borders Books-Hurston/Wright Legacy Award finalist, the 2001 Letitia Woods Brown Book Prize winner by the Association of Black Women Historians for the best book on black women’s history, a 2002 Honor Book by the Black Caucus of the American Library Association and a 2001 Go On Girl! Book Club selection. The first truly comprehensive account of Ms. Bundles’s great-great-grandmother’s life, this nonfiction book is based on nearly three decades of her meticulous research in the libraries, historical societies, courthouses and private homes of more than a dozen U. S. cities. Her young adult biography, Madam C. J. Walker: Entrepreneur [Chelsea House 1991/revised 2008] received an American Book Award. Madam Walker Theatre Center: An Indianapolis Treasure (Arcadia Publishing, 2013), is a pictorial tribute to the National Historic Landmark where three generations of the women in her family served as executives.

Ms. Bundles enjoyed a 30-year career as an executive and producer in network television news. From 2000 to 2006 she was director of talent development for ABC News in Washington, D.C. and New York. She was deputy bureau chief of ABC News in Washington from 1996 to 1999, after twenty years as a network television producer with ABC and NBC News. From 1989 until 1996 she was a producer with ABC’s “World News Tonight with Peter Jennings.” While at NBC News from 1976 to 1989 in New York, Washington, Atlanta and Houston, her assignments for “Nightly News,” “Today” and several primetime specials and magazine broadcasts included Jesse Jackson’s 1984 presidential campaign, the 1984 Democratic Convention, the Atlanta youth murders and several hurricanes.

Among Ms. Bundles’s journalism awards are a du Pont Gold Baton and an Emmy. She has been inducted into the Black Memorabilia Hall of Fame and the North Central High School Hall of Fame. She is a recipient of a 2002 Harvard Alumni Association Award for outstanding service through alumni activities, a 2004 Radcliffe Distinguished Service Award, a 2007 Columbia University Alumni Medalist and a 2012 Columbia Black Alumni Council Award.

In 2003, she created the 100 Books, 100 Women campaign to expand the library at the Bedford Hills Correctional Facility for Women in New York. As well, she spearheaded the national campaign that led to the 1998 U. S. Postal Service’s Black Heritage stamp of Madam Walker.

For more information about booksignings and speeches, please contact her at [email protected]