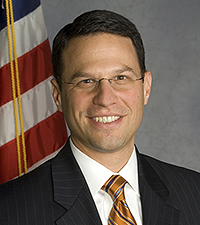 Pennsylvania’s top prosecutor appeared poised Tuesday to bring criminal charges against the developer of a problem-plagued pipeline that brings natural gas liquids from the Marcellus Shale gas field to an export terminal near Philadelphia.

Pennsylvania — Pennsylvania’s attorney general filed criminal charges Tuesday against the developer of a problem-plagued pipeline that takes natural gas liquids from the Marcellus Shale gas field to an export terminal near Philadelphia.

The multi-billion-dollar pipeline project has been the focus of multiple criminal probes. At one point, a statewide investigating grand jury subpoenaed the company for documents relating to the inadvertent release of drilling fluids and impacts to water supplies.

Energy Transfer, Sunoco’s owner, acknowledged in a recent earnings report that the attorney general has been looking at “alleged criminal misconduct involving the construction and related activities of the Mariner East pipelines..” The company said it was cooperating but that “it intends to vigorously defend itself.”

The August 2020 spill at Marsh Creek was among a series of incidents that has plagued Mariner East since construction began in 2017, making it one of the most penalized projects in state history.

The company has paid more than $16.4 million in fines for polluting waterways and drinking water wells, including a $12.6 million fine in 2018 that was one of the largest ever imposed by the state Department of Environmental Protection. State regulators have periodically shut down construction.

But environmental activists and homeowners who assert their water has been fouled say that fines and periodic shutdown orders have not forced Sunoco to clean up its act. They have been demanding revocation of Mariner East’s permits.

The Mariner East pipeline system transports propane, ethane and butane from the enormous Marcellus Shale and Utica Shale gas fields in western Pennsylvania to a refinery processing center and export terminal in Marcus Hook, outside Philadelphia.

Shapiro’s news conference was originally rescheduled for Monday, but was abruptly postponed after his office said it had received last-minute “new information” that it needed to assess.

Texas-based Energy Transfer also operates the Dakota Access oil pipeline, which went into service in 2017 after months of protests by the Standing Rock Sioux Tribe and others during its construction.

Sunoco to lay off nearly 100 in Philly region