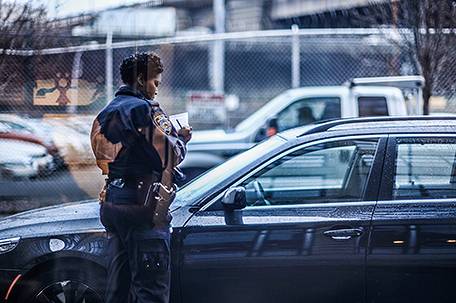 Herman “Pete” Matthews, the President of AFSCME District Council 33, recently announced that a four year contract settlement between local unions in
District Council 33 and the Philadelphia Parking Authority (PPA) has been unanimously ratified by the union’s membership.

Matthews announced that the Parking Authority also agreed to make increased contributions to the union’s Health and Welfare Fund.

“In addition to these increases in wages, bonuses and other increases as well as increased health benefit contributions for our members it is important to
note that District Council 33 agreed to a contract that was fair to its members, the Parking Authority and the citizens of Philadelphia,” said Matthews.
“This settlement is a result of honest bargaining with an employer that respects their employees.”

Parking Authority Board Chairman Joe Ashdale and Executive Director Vince Fenerty agreed with the settlement noting the urgency in reaching an accord with
the union by stating that PPA employees had not had a raise since 2007 and that the PPA had a responsibility to provide “a living wage and reasonable
benefits” and further characterized the wage increases as “modest” and the benefit increases as “adequate though not extravagant”.

Matthews said the contract settlement with the Parking Authority should serve as an example to the City of Philadelphia on how to achieve a fair contract
settlement and bring a successful conclusion to a contract negotiation that has dragged on for more than five years due to the Nutter Administration’s
insistence on what Matthews characterized as “unjustified concession demands” (i.e. furlough days, pension adjustment, work rule and health and welfare
benefit changes).

Matthews said also all District Council 33 members have continued to work in every department in the City for the last five plus years, (i.e., trash
collection, snow emergencies, and crossing guards protecting our children), have not gone on strike and have helped the City financially by foregoing
raises and health care increases during that time.