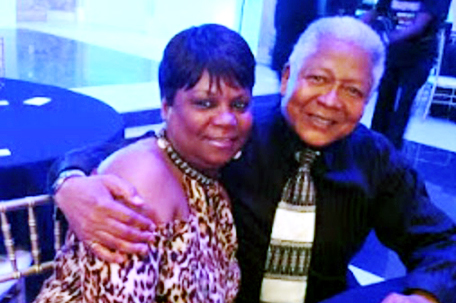 The nonprofit African American Men 1000 is mentoring a new generation of boys thanks to the vision of its founder, Marvin “Mandela” Smith. While many may know Smith by his uncanny resemblance to former South African president, Nelson Mandela, others recognize him for his organizational abilities for bringing positive men together as well as hosting social dance parties that enable mature adults to gather for a night out.

Smith, a South Carolina native who has spent the bulk of his adult life in Philadelphia, began researching Mandela as a young man. The father of nine was intrigued by how Mandela formed the African National Congress and how he and his then-wife Winnie were at the forefront of  fighting the injustices of the Apartheid government. As a southerner, he could relate, he said.

So he decided that he’d use his knowledge to help the next generation of young Black men, and created African American Men 1000.

“I am proud of the fact that all of my children, including my sons, turned out well,” Smith said. “It was a lot of hard work, but it paid off. I really want all African-American boys to have the influence of positive men in their lives. All of my children went to college, most are college graduates and all are doing well in the [working] world. They are all respectful human beings. I want all parents to be able to say that, especially about their sons.”

African American Men 1000 is a family affair. His children —Kashif, a graduate of Princeton University and Columbia University Medical School who is currently completing his residency at Temple University Hospital; Kolonji, a recent graduate of the University of Pittsburgh, Khalida, a recent Lehigh University graduate, and Anthony, who provides college planning services in Charlotte — help him give the young people participating in the program the guidance they need.

“We have mentoring programs to help African- American boys to grow up to be strong fathers and husbands,” Smith said. “We see many on a [downward] spiral. This is about uplifting them. So, if looking like a great person like Nelson Mandela helps people remember who I am, then I am proud they think I resemble a great leader.”

It was about 20 years ago that many thought that Smith resembled Nelson Mandela. When he went in to a restaurant he would get special treatment, or people would run up to him on the street to photograph him. Smith would soon learn that not only did some think he resembled his mentor from afar, but they actually thought he was Mandela.

“It was embarrassing and sometimes it even gets annoying,” Smith said. “Recently when Winnie Mandela passed I got all these emails of condolences. I get so much attention about others thinking I look like Mandela I thought it was a joke. I really thought it was an April’s Fool joke until I realized that Winnie Mandela had actually passed.”

“I always felt that Nelson Mandela and his wife were extraordinary human beings,” Smith said. “Through the work with the ANC in fighting apartheid he made history. I truly admire them. I hope that through African American Men 1000 we will have a strong impact, too.”

The contact information for the nonprofit is via email at [email protected] or call them at 215-478-5091.